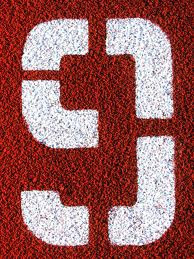 weeks with the prayer being prayed once a week. They are not necessarily for anything except being about the business of prayer although people can and often do use them as a petitionary form of prayer.

The idea of nine days of prayer is Biblically based. It takes its length from the time that St. Mary and the Apostles waited for the coming of the Holy Spirit between the Ascension and Pentecost (Friday through Saturday though that is thrown off in many diocese now that we celebrate Ascension Thursday Sunday.) In this way it is a very pious prayer and has been endorsed by the Church often over the centuries though it only really came to be popular in the seventeenth century. To this day there is a partial indulgence attached to those who take part in a publically celebrated novena before the solemnity of Christmas or the Immaculate Conception of the Blessed Virgin Mary.

There are two ways to go off track with novenas. One is to cast them aside as not part of the modern Church. They are very squarely on the Catholic playing field and to dismiss them out of hand is to deny those who derive spiritual nourishment from them their ability to try to fulfill the Gospel’s command to pray always. On the other hand, that does not mean that every parish must do novenas. There is only so much that you can do. I am simply saying don’t be too quick simply to dismiss the whole notion. We should neither be holier or less holy than the Church.

The other way to go off track with novenas is to fall into the idea that a) you have to WANT something other than growing closer to Him in the praying of one, and that God HAS to grant you what you want because you prayed this magic formula. Not so.

I would also like to know about indulgences. I know they are supposed to get you some time off from Purgatory. But I guess God doesn't have to grant them. Unless this is one of those "what you bind on earth will be bound in heaven" examples. Does the Magisterium declare that certain activities will earn us an indulgence (like attending First Friday Mass and praying the Rosary)? Also, I do understand that God can give the indulgence to whomever he wants. So if you earn an indulgence, you might not get it.

Martin Luther got his shorts in a bunch, but I think that was about selling indulgences.

Should I be worried about indulgences? Should I try to earn as many as possible? Should I just ignore them? Or what?

I am a life-long Catholic, educated before Vatican II. I do not recall being taught that one can earn an indulgence and have God "assign" it to someone else.

The indulgence, as I understand it, remits some of the temporal "punishment" due to us for our sins (or helps the soul in Purgatory with the purification process).

And yes, Martin Luther--correctly--was objecting to the sale of indulgences.

During my morning offering, I pray: "I wish to gain all the indulgences attached to the prayers I shall say and to the good works I shall perform this day."