Every time the Church appears in the paper it requires faithful 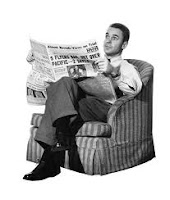 members of the Church to hold their collective breath. Is this false, mostly false, misleading, mostly true, absolutely true, and is it good or damaging and if so did we do it to ourselves? Nothing hurts more than damaging, absolutely true and we did to ourselves. And this last scenario happens often enough that you wouldn’t think that any false or misleading scenarios would need to be invented but they are.

Appearing last week in the Cleveland Plain Dealer was an editorial that appeared in the Los Angeles Times written by Michael Kinsley concerning John Paul II’s beatification this coming May. Most of the article is the kind of writing that his author likes to see in secular media. I had no idea of he was for it or against it through most of the reading. There was a healthy balance between a positive an accurate reporting of facts, the Church’s perspective, and a healthy asking of questions that I would expect of a paper that does not purport to be Catholic or a proclaimed defen 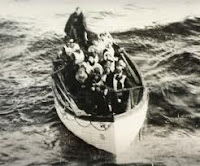 der of the faith.

Then one hits the last quarter of the article and it falls apart. Using techniques reminiscent of 1970’s values clarification, a misleading proposition is presented with implied solutions that leaves the reader siding with the author in a, “of course I couldn’t possibly accept the other position” stance. Limit the possible answers to my good one and the terrible one that I assign to my opponent and I win followers. A sneaky, disingenuous, and unhelpful technique.

A quick background: A nun was miraculously cured of Parkinson’s disease, a malady shared by both the author of the article and John Paul II. The cure was attributed to intercessory prayer made through JPII. The first question, one that is asked in every high school religion class, is why doesn’t JPII or God just eliminate Parkinson’s disease all together. This is a fair enough question and worthy of theological discussion. Nobody has the definitive answer to this question though I think C. S. Lewis made an excellent shot at tackling it in his book, “The Problems of Pain.”

But then Kinsley starts to go off course. The first false statement he makes is that the Church opposes stem cell research. Not true. It does however oppose embryonic stem cell research. It is clear he does not think there is a person in the early stages of human life. “They are not fetu 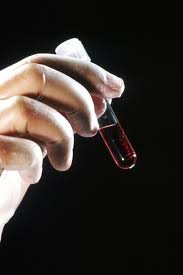 ses; they are clumps of a few dozen cells.” To his credit however he does add, “Of course none of this matters if you believe they are full human beings like you and me.”

Finally we get to end of the article and the part that wrinkles my liturgical underwear. (“Finally” I hear you saying.) Here is his statement: “The famous test of belief goes something like this: Suppose there was a fire destroying your house and you had the choice of rescuing either one real 1-year-old baby or two test tubes containing an embryo each. Would you really go for the test tubes and let the baby die?”

The implication is a) embryonic research really does show potential for curing anything (it hasn’t) and b) that to slavishly follow Catholic teaching means that you absolutely must rescue the test tube humans and not the 1-year-old. So let’s offer a similarly ridiculous scenario back. You are able to go back in time to the Circus Maximus and three unidentified men are being fed to the lions and you, somehow, have the ability to rescue either one man who is running and screaming away from the lion or the two other men who are unconscious. You have no idea if the two unconscious men will live or not, they will feel no pain, they are not as in immediate danger as the lion is chasing the conscious one (and a one year old is breathing smoke – not so a person in a test tube) and since they would survive longer in the situation in which they were placed, they are not immediately suffering, we do not know if they will survive already, and there is the slimmest chance that they could be rescued yet, who would not go for the man running from the claws of the lion or the child breathing in smoke? (Simil 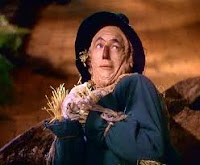 arly would we be able to get the test tubes to a place that would preserve them in time? I have no idea how to preserve rescue or preserve them. I do know how to save a one year old and make sure that he is Okay.) NOBODY is less or more worthy to be saved - but one senario seems to have the best chance of succeeding with the most people.

This may not be the best answer (it most likely isn't) and there are probably moral philosophers out there cringing at these words. This was the best I could come up with fifteen minutes on my vacation, but the point is that there are other options (don't accept the one falsely assigned to you) - we do not need anyone assigning a false absolute position to the Church (a straw man) and then pointing out how ridiculous that (false) assertion is.

Manipulating emotions fails because that does not make the problems or the questions go away. Deal with the facts and grapple for a solution. It is only then that real answers begin to appear.
Posted by Fr. V at 8:38:00 AM

I do admit to feeling discouraged by all the false information promulgated by the media, not only in regard to Church teaching but also pertaining to issues of faith and morals. The media pushes us to decide right and wrong based upon our own desires and upon public opinion polls.

In addition to ridding us of all suffering, why doesn't God also rid us of the misinformation that contributes to sin?

Is this another case of the "wheat and the tares?"

is this a lesson in logic? it's a good one.

Actually, neither analogy addresses the issue of embryonic stem cell research, since in both analogies, the action performed is either morally neutral or positive. In the case of embryonic stem cell research, we're talking about using a morally illicit means to gain a positive end: committing evil so that good may be brought about (which is different from allowing an evil end given a parallel positive end of equal or greater merit). It's consequentialist argument. By hiding it in an analogy, he hides the fact that the act itself is illicit.