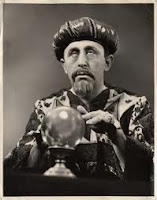 Don’t judge tomorrow by who you are today. This is said particularly for those who imagine the worse. Once when I was very young my mother heard me crying in bed. She came and asked me what was wrong. I was really quite upset that by the time I grew up there would be no land left for me to build a house. (A passion of mine even from that age was to be an architect.) She assured me that even as buildings are built others are torn down to make room for me to build my house.

That being said, today I have no desire to build, maintain, clean, mow, clear gutters, pay taxes for even my dream house. Living in a rectory and taking care of a parish is more than enough for me.

That might seem silly but take the case of my father. When he started heading into Alzheimer’s he started to fret that we would put him in a nursing home. Being a man that enjoyed sports and activity well into his 80s at a rate enviable to a 30 year old, this seemed like death to him. He threatened bodily harm to himself if we even thought of doing such a thing to him. We had no intention of doing so at that point but he feared it almost as much as death itself – maybe more so.

By the time it was necessary for him to go to a nursing home he took to it rather well. Living at home became far too stressful and he was miserable, lonely, and felt out of control. Granted it was an excellent nursing home and his care was over the top, but he actually (as much as he could) liked it. By that time he was ready for it. But he had wasted valuable life time

worrying about the day he would end up there.

A life change might seem like a horrible thing for who you are today. But you might not be the same person a year or ten from now and something that seemed distasteful at 18 (say settling down with a family, job, and going to First Communion meetings) might seem like the best life imaginable when you are going to your grandchild’s First Communion.

Live today. Think about tomorrow and have a plan, but don’t fret. Too many things can change and that which you feared may become your salvation. Maybe instead of envisioning the worst, trying wasting time envisioning the best.
Posted by Fr. V at 5:57:00 AM

Email ThisBlogThis!Share to TwitterShare to FacebookShare to Pinterest
Labels: spiritualty

God took all the dreams of my youth and allowed me to watch them die one by one. Then he gently lifted me eyes, dried the tears and introduced me to the dreams which He had for me. Never in a lifetime could I have imagined what He had in store for me. Never could I have dreamed up such joy for myself even in my most creative moments. When I am afraid of the future and of the suffering ever present in life, I remember what He has done to my shattered dreams and hopes...and lay my anxiety down at the foot of the cross again.

Very well put, Father. I'm a born worry wort and all the time I waste worrying about things that don't happen makes me a little sad when I look back and realize that I could have done something else with that time. Thankfully, I don't worry as much now as I did years ago.

Beautiful post, and so wise. When my children were little, they had a club with the kids in the neighborhood. It was called "The Club" and their motto was "Change is the Way of Life"

Your post reminded me of the scripture where Jesus says we should not worry because God takes care of the birds and the flower so he will surely take care of us.

My Mother had serious health problems for much of her life, both real and imagined. She feared death every day of her life and made it difficult for others to maintain a relationship with her (which only increased her misery).

She lived to the age of 79. If she could have known, perhaps at age 40, that she would live 40 more years, would she have accepted that happy news and lived more at peace? I wonder.

That's a good idea to keep in mind at every stage of life!

I've had women tell me that they were "done" having children because it was too overwhelming and they couldn't handle any more children or couldn't afford them. I always thought it was sad to make such a proclamation especially in the 20s and 30s because children grow and become more self-sufficient, and finances change.