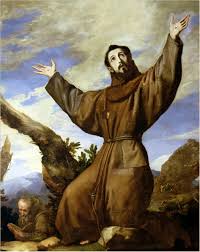 You may think of St. Francis of Assisi as a religious brother wearing a habit.  That came later.  At first he was a Catholic guy out in the woods who wore strange clothes.  Not everybody was thrilled.  It’s hard to imagine that this habit and this religious order that we take as such an institution today was at one time seen as either cutting edge or slightly off and, in either event, very different.  But the way this guy decided to love Christ and live his life continues to have direct influence on us today - even to the way our churches are decorated.  Not one Catholic church today does not have the mark of St. Francis on it.  Just look up at the Stations of the Cross.

At a typical Catholic parish, there are hundreds to thousands of people per clergyman.  It can’t be like the Super Bowl to paraphrase someone more clever than I, where there tens of thousands of people desperately in need of exercise watching 22 guys desperately in need of rest.  We are all called, in different ways, to carry on the work of Christ. 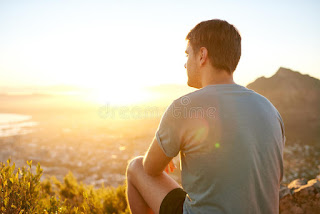 St. Francis’s work was not a ministry of his parish, he didn’t have a budget or an announcement in the bulletin.  He didn’t have an official sponsor or a team T-shirt.  What he did have was love of Jesus and desire to spread His word so he experimented and did it.  Some things were wildly successful and some were not.

Support of an official organization is great when you can get it but not getting it is not an excuse not to serve.  It means be more creative.  The greatest changes in the Church have always come about when an individual man or woman has decided to take the faith seriously, not when they have been awarded poster space in the narthex of the parish church.

You are so right. God calls each and every one of us to "live the Gospel, and bring the Gospel to life," which is the teaching of the St. Francis to those of us in the Franciscan Order. The priesthood is invaluable and must be respected by all of us, even when they disappoint us. But our beloved priests are not to carry the entire load for us - we are to get busy and not only hear the Word of God, but to *live* it - 24/7!

I had the great privilege of attending the Transitus service yesterday at the Sancta Clara Monastery outside of Canton. This service commemorates the holy death of St. Francis. The monastery is the home to several cloistered Poor Clares, who graciously offered their hospitality to the Akron-Canton Secular Franciscan community for the Transitus. The monastery is also where Mother Angelica spent time early in her Franciscan vocation.

The friar who preached (our good Fr. Joseph Tuscan, OFM - whose parents are Secular Franciscans in the Canton fraternity) told us the most compelling, driving force in St. Francis's life was not environmentalism, love of animals, or even his devotion to Lady Poverty. He was not a freaky, dreamy hippie or a garden ornament, as some want to see him today. The most earth-shattering force in St. Francis's life and ministry was his passionate devotion to the Eucharist and the Mass. For this reason, he felt inadequate and unworthy to pursue becoming a priest, and instead became a deacon in order to preach the Gospel with authority. And, in spite of his personal humility and love of poverty, *nothing* was too good for Jesus. St. Francis insisted on the very best, cleanest vessels and linens for Mass, in a time when this was unusual. IMHO, we should never apologize for our beautiful churches with their stunning artwork - it is to honor God and the sacrifice of Jesus, not us.

God bless you Father, and all my brother and sister Franciscans! -