HAVE YOU HEARD THE NEWS? 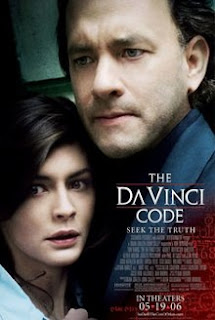 I wish that the Church was as tight knit and conspiratorial as movie makers and those in the media at times make it appear.  I don’t even know what is happening at the next parish over let alone in Cleveland.  I love having priest friends over and asking them, “What’s going on up north of 303?  I haven’t heard any rumors lately.”

We occasionally get an Email from “downtown” informing us of important events.  There is a thing called the “Diocesan Memorandum” that anybody who wants can sign up for.  We have district meetings at which some information is disseminated with varying degrees of success.  When something really big happens we might be Emailed a letter to be read at all Masses (and hopefully the pastor complies.)  But really, your typical priest is going to find out about goings on in the Church the same way you do . . . when he reads it in the paper or internet. 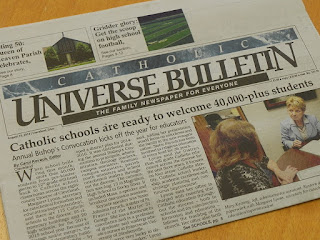 It may be true that newspapers are slowly becoming the buggy whips of the news industry but I miss our diocesan newspaper (which had the coolest name EVER: The Catholic Universe Bulletin.  If anything was going on and news needed to get out, there was the paper.  “The Bishop says right here on page four . . .”  Certainly not everybody read it, but enough did to get a message out.  (And really, our paper was not well used in a manner that made it overly relevant but that is another story.)

Every now and then we have a magazine that comes out now that is more catechetical in nature.  And that is great for catechetics.  We also have a (completely non-navigable)  diocesan website that, if you want to see what is on the Bishops mind, you can waste an afternoon trying to find his words.  (They are working on it thank goodness.)  But we don’t really have anything that is pro-active.  (I hate that phrase.)  Just because we issue a statement does not mean that anyone will print it or your average Catholic will bother to go online to try to search out the diocesan reaction to any particular story out there.

Maybe this is a clever tactic: better to let things fade away rather than putting fuel on the fire by making statements to which others might react.  If the Bishop had a mechanism by which he could control all of the bulletins in the diocese to issue a state such as, “You heard about recent events concerning Cardinal Whosit in Rome, I would like to assure you that . . . and here’s some things we can do . . . “  who knows what delicious trouble that could get us in.  I could imagine the Bishop printing something in the bulletins and a pastor countering him in a merry war.  Hmmm.  Maybe it is better to keep our heads low.


In the meantime I’ll continue to invite my priest friends from Cleveland down to play cards on Wednesday nights and pump them for all the Church news from up north I can get.  Maybe the Medieval ways really are the best.
Posted by Fr. V at 7:08:00 AM

I also very much miss the old UB. The new magazine is fine, but it just isn't the same thing (and sometimes the "news" is already a couple of months old by the time it gets put out bimonthly.)

I remember when the UB came out weekly, and we in the Akron area had our own page or two. And a column about current pop music (with lyrics) and their significance to Catholics. And the food column (with recipes!) I remember selling subscriptions in grade school (Akron Annunciation, sadly closed), and getting $0.40 for every subscription we sold - which was a real treat in the early 1970s!

The Diocesan website, magazine, and Facebook page are all fine things to get the word out, but it was a sad day when the Catholic UB disappeared!