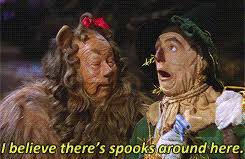 I am fascinated by the idea that we are so complicated as human beings that we do not even really know what it is we believe.  A priest I highly respect and who has been quoted on these pages extensively brushes off many if not most persons who call themselves atheists with the phrase, “They are not intelligent enough to be atheists.”  What he means by this is that those who fit into this particular category do not lead a life in keeping with this self proclaimed position with the (relatively) sole manifestation being that they do not go to church or pray.  Instead of living a new order of an atheistic world, they live a weak-tea version of poor Christianity.

One time I met a true atheist.  He was about the only guy I ever met who truly believed everything was just happenstance of a random universe meaning nothing.  He was not depressed but the thought of this made him sad.  Even the conversation we had about it he labeled as pointless.  “If there is no God, then even this conversation means nothing beyond what little pleasure it may bring me.”  I respect that guy. 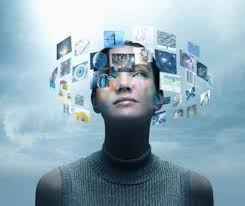 Jordan Peterson makes the suggestion that if you really want to know what you believe, don’t take the words that come out of your mouth at face value.  There is a lot going with these words.  They are not pure distillations of our hard held convictions.  Our words will be influenced by the person to whom we are speaking, by the community by whom we have been formed, by the point we wish to make, and a million other little factors that will form the tide flowing over our tongue.

Rather, says Mr. Peterson, if you really want to know what you believe, examine how you have acted in the past; how you have responded to the world and its surprises.  Despite vows of great love, did you stick it out during bad times and sickness?  Despite saying you trust in God no matter what, did you remain calm during times of turmoil?  Despite saying that you are an atheist, do you mindlessly follow the Christian/Judeo cultural patterns?  Despite thinking that you are a worthless sinner, do you keep coming back to confession?

Be careful to engage in contemplation. You may discover what you really believe.
Posted by Fr. V at 6:46:00 AM

Email ThisBlogThis!Share to TwitterShare to FacebookShare to Pinterest
Labels: spirituality

Most atheists I meet are Christians who are angry at God for failing to answer their prayers in their preferred manner, who have no idea how much He loves them.