FRIDAY POTPOURRI: DO YOU HAVE A READ ON THIS?

Paragraph 59 of the GIRM

Okay, I was wrong.


So one of the very few sadnesses that I have becoming a priest is no longer having the opportunity to read Paul.  Too often he is read like this (which I know some people prefer) 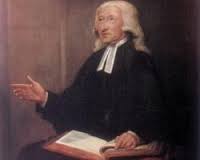 You, my brothers and sisters, were called to be free. But do not use your freedom to indulge the flesh[a]; rather, serve one another humbly in love. 14 For the entire law is fulfilled in keeping this one command: “Love your neighbor as yourself.”[b] 15 If you bite and devour each other, watch out or you will be destroyed by each other. ;>)

How fun he can be to read however!

YOU, my brothers and sisters, were CALLED. TO. BE. FREE.            But do not use your freedom to indulge the flesh[a]; rather, serve one another.  Humbly.  In love. 14 For the entire law is fulfilled in keeping this one command: “Love your neighbor as yourself.”[b] 15 If you BITE and DEVOUR each other, watch out! or you will be destroyed by each other.

As the celebrant, it is rare that we do not have a reader so I don't get to read him.  Almost as rarely do I get to read the Gospel because we have a VERY dedicated and great deacon who assists at almost every Mass.  UNFORTUNATELY he broke his ankle (stay off ladders dude!  There are plenty of people in the parish who will climb them for you!) so the job of reading the Gospel was opened for a spell.

Here is the scoop on who is to read what: 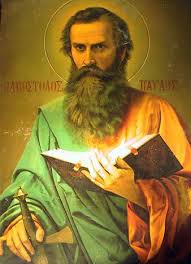 Proclaiming the readings is not a presidential function (done by the celebrant) but a ministerial one.  First preference is that the readings are done by a lector or reader.  The Gospel is most properly proclaimed by a deacon.  If there is no deacon ANOTHER PRIEST (who is not the celebrant.)  Ah!  We had an embarrassment of riches for a short spell here at St. Sebastian, which came to and end yesterday of all days.  As a matter of fact, we had three priests on for Mass yesterday morning.  I was the celebrant and as such was not the one to read the Gospel.  It was properly the role of one of the other priests.  ONLY IF the deacon and other priests are not present should the celebrant read the Gospel.  And if there is no "suitable reader"  (it is not a right, one MUST be able to to do this well) then the celebrant may read the readings.

Now, I know to many it may appear that all these rubrics seem rather silly.  "Who cares who reads what?"  Right?  But there is always a reason behind every one of these rubrics.  Remember that we had 2,000 years to work up to this and many things are put into place to solve problems and misunderstandings.  When even simple things are misunderstood, they can lead to much larger misinterpretations that speed and cause huge problems.  So - proclaiming Paul - is this a presidential function?  Can nobody else do this?  Is the person who proclaims Paul acting in persona Christi?  Does one need to be ordained to do this?      (These were just a few things off the top of my head - I'm sure there are much better reasons if given a chance to think about it.)