JUST HOW EXCITED SHOULD WE BE? 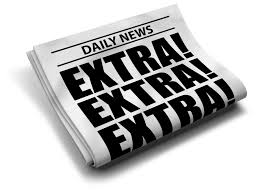 NPR had a story on yesterday.  Later this year, Pope Francis is going to declare a year of mercy.  During that year, a priest may absolve penitents for the sin of abortion.  "But it is a limited time offer," NPR reminds us.  At the end of the year, things revert to they way they were.

Now, it is true that abortion is a reserved sin that may only be forgiven by the bishop.  This is because it is seen as an attack on the most vulnerable among us.  It is doing away with a life that can be hidden, legally protected, and forgotten.  And it is being reported as an extraordinary moment in the life of the Church, not to signal a change in Church teaching or to say this sin is any less severe, but to show mercy to those who need it. The problem is, most Catholics will not notice a difference before the Year of Mercy, during the Year of Mercy, or after the Year of Mercy.  That is because as a practice, bishops have already given that authority (which is within their authority) to their priests.  It is a long standing practice already.  What does make this extraordinary is that the practice is coming all the way from the pope (for there are some bishops in the world that still adhere to this.)  Also, remember, John Paul II gave the same permission in 1983.  So although pastorally this is phenomenal, most people won't notice any real changes here.

The bigger news in my estimation (one that will show a change before, during, and after) is the recognition for a priest of the Society of Saint Pius X to hear confessions at all.  During this Year of Mercy the faithful may approach priest of SSPX, and go to a valid confession. 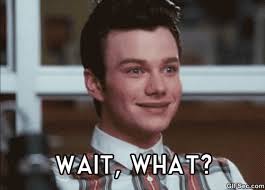 But it is not the Year of Mercy yet.  Go to you local priest until December and then you have a year, if you should so desire, to go to an SSPX priest.
Posted by Fr. V at 5:31:00 AM

Hello all - for those smarter than me on the

Can any/some/most/all SSPX priests/bishops trace their lineage to the twelve? I'm pretty ignorant on this. I know they started out sorta that way.

I need to think/pray about this one if not because my little brain is having trouble wrapping around it. I think I can reconcile it if they can trace that lineage, but if not, I'm having trouble thinking of confession as a sacrament like baptism that can dispensed by the non-ordained. I could wrap my head around confessing to Deacon Terry easier than that, I think.

I don't know what to think about that. Also seems weird that a sacrament can be adjusted like this without absorbing them back into the Church first.