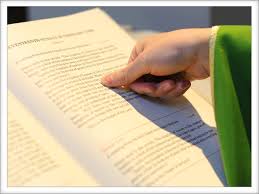 Sit down and make yourself comfortable.

We are going to be on this paragraph for a little while.


I suppose at this point you have two possibilities; 1) Go on for PAGES what happens during the Liturgy of the Word, or 2) Just say as much as you can in one breath and move on.  They chose both.  First they did #2 and then they did #1.  But as for this paragraph, if you were a administrative assistant (formally known as secretary) and someone wanted to leave this as a message (and you still wrote down the messages) and the message had as much information in it as these four sentences do, after a second or two you would put your pen down and say, "I'll just have Pat call you back after lunch."

Okay, it's just an introductory paragraph and then an explanation but I am in a mood.

What we have in this paragraph is a general overview of the LITURGY OF THE WORD.  First is a general outline of what makes up the LOTW; 1) Readings from Sacred Scripture, 2) the chants that occur between them 3) the homily 4) profession of faith, 5) and the universal prayer.

1 & 2 I am sure do not surprise you.  The purpose of numbers 3 through 5 (not always required) is to develop and conclude the LOTW. 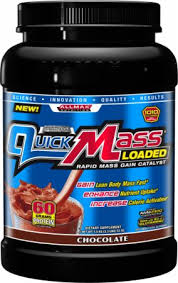 When the choir was touring in Ireland we got a taste of it.  We were at a Mass (at a cathedral non-the-less and for a Sunday Mass to boot!) and they dropped several parts that we would never expect.  For example, after the exceedingly short (but brilliant) homily and creed the priest started setting up his altar skipping the Universal Prayers.  I knew that the choir would not be expecting that so I look up into the choir loft (from my seat in the sanctuary - fully vested) which was about a half a mile away, and frantically tried to signal the choir to start singing.  Things go quickly in Ireland and even though it was only a short delay, offertory was almost over already.

We'll pick up back here next time.

Email ThisBlogThis!Share to TwitterShare to FacebookShare to Pinterest
Labels: celebrating mass, General Instruction of the Roman Missal, GIRM, Liturgy of the Word, mass

Well, Father, you know the "Irish" gift to the Church!!!
Low Mass and Beads!!! They don't have the nice "extras" that
many of our ethnic churches used to have, including the beautiful
choral hymns.