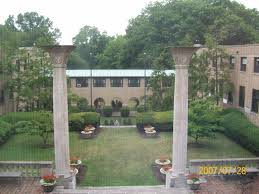 There is a great article in the Akron Beacon Journal today about Our Lady of the Elms 90th anniversary.  You can read it by clicking here.  The “Elms” is only a couple of blocks from St. Sebastian and just five years older.  In essence, they grew up together.  And like siblings close in age, they didn’t always get along when they were young.  A peek at the archives, in which are letters written to the bishop at the time, reveals some rivalry over having two Catholic schools so close in proximity.  But as they matured as institutions I like to believe we have grown into a mutual respect having each developed our own identities.  Another
good article here.

It is interesting to look back into the archives of the founding of parishes and institutions.  That can reveal a lot of surprises.  I remember doing a research project on my home parish.  Sacred Heart was a Slovenian nationality parish in Barberton, Ohio.  It was always a tiny parish and has since been repressed, merged, given boundaries, and opened under the parish name of Prince of Peace and is larger now that it has ever been as a strictly nationality parish.
Going back into the archives I found that the founding of the parish and school was not smooth and cordial.  The deeply ethnic city got a lot of its flavor from a people who strongly associated with their ethnic roots.  So there was a tiny Polish parish, a small Slovak parish, the Hungarians had theirs, the mostly Irish and Germans had the “down town” parish, and the Slovenians were to have theirs.

Starting the parish was tricky indeed.  Letters written to the bishop demonstrated what a monumental task it was.  In the “old country,” the government took care of building the churches.  Now people were going door to door asking for money to build a church.  It seemed to them like there was a scam going on in this new land.  “Start building a church,” people would say, “and then we’ll start giving money.”  Of course, one needs money in order to start building and so you have your catch 22. 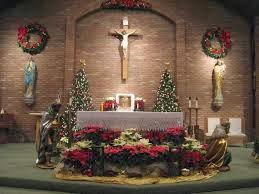 That problem was eventually solved and the idea of starting a school came about.  The problem was that there were already a number of Catholic schools in this small city and the bishop was not excited about starting another.  Letters back and forth were not always cordial and so when I finished my report my Mom would not let me give it out at the parish.  “Those families are still around and we don’t want to drag up the past in this way.”  So it remained silent all these years.
The bishop finally did decide to let these tenacious Slovenians start their own school with the understanding that, after the families had been inculturated, the school would close.  That is easier said than done.  Who declares the inculturation finished?  Who closes an operating school?  But time, cost, changing demographics took care of this.  One by one all of the ethnic parish school closed, long before the priest shortage or recent slew of closings that has everyone up in arms.  Eventually even the parishes themselves closed.
One might think that all that remains of a closed parish is a building, most of which have become new Protestant denominations and deteriorating grandeur (at least in this case although Sacred Heart has become a new Catholic parish,) boxes of artifacts and files in an office at the diocesan archives, and some wonderful memories.  But such is not the case.  The life of a parish lives on.  It lives on in the faith that was nourished in the people and their families that continue to form the faith life of the world today (my priesthood being part of the that) and in the souls that live on forever in heaven with our God – an eternal effect – because they once shared the faith life of fellow Slovenians in a tiny parish called Sacred Heart in a small city called Barberton.
Posted by Fr. V at 7:33:00 AM

Father, I know a bit about Sacred Heart Parish. Father Jaeger was pastor and he called me up and said he wanted to build a school and that I should make drawings. I made drawings for a small school building. Then Father Jaeger went to Collinwood, and Father Celesnik came. Father Celesnik wasn't told about plans for a school, and when I presented him with a bill for what I had done, Father Celesnik practically dropped dead. Nevertheless the building was built. It's still there.

Father Celesnik went to St Christines in Euclid. St Christine had a lot of Slovenian parishioners. They needed a suitable place to worship . . . not the basement of the school. Father Celesnik called me up; make some drawings for a church, Kraus. I did, and the church was built. I wasn't ashamed of the design. Unfortunately, St Christine Parish declined. The church which I designed was sold to NewBirth Ministries. I met the pastor of NewBirth Ministries one day, and I said to him . . . what do you think of the building? . . . he said . . it's wonderful . . . that made me feel good.

Are you talking about the four room school building on Shannon? My sisters went there but it closed by the time I was going to go there. I always thought it was a great building and Fr. Jackson is still keeping it in great shape - very well built.