"CATHOLIC" IS AISLE THREE, HALF WAY DOWN ON THE RIGHT, TOP SHELF

“Catholic” was never meant to be a subcategory like exists, for example, in the fiction genre.  There is fiction, and then under that are subcategories of children’s, or romance, or adventure, or what have you.  In a similar way it was not intended that there be movies or books or music and then a subcategory of “Catholic”; or healthcare or marriage or science with a Catholic version.  Catholicism is a world view, a way of seeing existence, a way of existing.  It is one of the reasons it is called Catholic, it is universal; all times, all places, all peoples.  It is given to us to help us live, not be an odd duck appendage to another way of life. 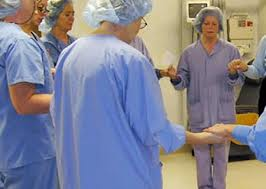 That is not to say that every book that is supposed to be about the rosary.  A murder mystery can be a great Catholic book.  Not every movie has to be about Fatima.  A futuristic movie about going into space and discovering a new planet can be a good Catholic movie.  Ideas on healthcare are not about making everyone a papist; it is about making good choices, upholding the dignity of all, and what it means to be fully human.  But as soon as there is a Catholic (or Christian) category, it can be ignored.  Catholics too may be reluctant to engage their Catholic way of life into their works and efforts for the exact same reason: Catholic means that healthcare initiatives are only good for and relevant to Catholics.  Social justice ideas stamped Catholic means that they can considered arcane and limited to only 2 billion people on the planet rather than something that is meant to help all people thrive. 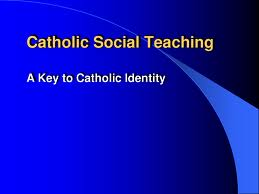 “Catholic” is about bringing the one, the true, the good, and the beautiful into all that is done.  The best Catholic movies were made by atheists who were not trying to do so.  Some of the best Catholic books that I have ever read were either decidedly not about Catholics or were written by non-Catholics.  Conversely much of the best science we have enjoyed has come from priests.  All of them reached a larger audience because they did not subcategorize themselves, but were decidedly still Catholic in nature even when it has been via negativa.

Catholic is not a Sunday activity.  It is a cultural way of living.

Thank you Father. I need to be reminded of what it means to be Catholic. "Catholic is about bringing the one, the true, the good, and the beautiful into all that is done."
I am catholic, now I will strive to do catholic.
Stephen Stone

Amen! to “Catholic is about bringing the one, the true, the good, and the beautiful into all that is done."

Can you explain what "via negativa" means? I know it means negative road, more or less, but I still don't understand the meaning of it as an expression, for example, as you used it.