IS THE CURE WORTH THE TREATMENT? 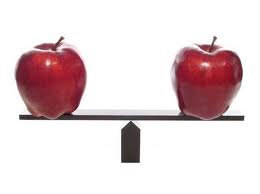 I apologize in advance because I cannot back up with hard evidence that which I opine about below.  Someone once gave me a book about schools.  Specifically it compared Catholic schools to public schools and the book’s premise was to show how much better (in general) public schools are.  By the end of the book the authors found themselves in the opposite camp for a specific reason.  Unfortunately I loaned this book out and never got it back.  So unless you want my hearsay, stop reading.

The book talked about how public schools were to be the center of the community, with community support and input to make the teaching of the child a community event, directed by the community, and with ownership by the community.  Particularly in large populated areas this is no longer the case.  Children are amalgamated into larger and larger groups, often shipped quite a distance away from their neighborhood into areas that their families have no real tie.  A shift in mentality has occurred and it is this:  It is the government’s job to teach my child.  I send him or her to school and they come back to me improved.  My job is to pay my taxes.  This is an extreme view, one leaned more toward than actually embraced, but it gets the point across.

Enter the typical Catholic school (which is neither a public school nor a private school, but a parochial school.)  The school itself springs out of a gathered community.  The fact that it exists is by the charity of the people in the pew.  (In the typical parish the tuition you pay for your child if you are a member of the parish does not even come close to paying for the cost of educating your child.  Such is the case at St. Sebastian.  The parish subsidizes the children.)  Therefore, because parents are sacrificing to send their kids, because the community is sacrificing to keep the school open, they have more of a stake in how well the school is running. 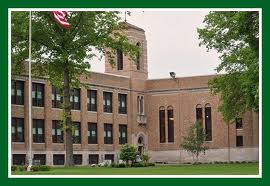 The school, in turn, provides direct benefits to the life of the parish and community.  Just the active life of its own children so visible around the heart of the community is one such benefit.  There are those things that just add sparkle to the life of the parish such as having young servers available for daily Mass and funerals.  Good schools have community outreach and make the parish’s presence in the community livelier.  The daily increase of activity around the parish gives life and promotes itself.
That’s what works for us.  So it is with a word of caution that I call to mind Cardinal Dolan’s (a person I respect) plan for the future of Catholic schools.  In essence it is this: to make regional Catholic schools that serve a number of parishes.  There are many benefits to this.  The burden of cost to each of the parishes would be less.  Administrative worries would be greatly reduced.  Personnel resources would become less stressed in areas such as maintenance.  There could be a great pooling of resources.

But at what expense?  We would be following the same model as the public schools, taking children out of their neighborhood, moving administration further away from home, disconnecting the direct ties to a parish, alienating some of the life that a school gives directly to a parish, and making parishes compete for authority.  (You think working with one pastor is tough?  Try having 5 pastors with very different ideas try to decide at which parish the graduation will be at this year!)
I’m not saying that it wouldn’t work.  I have seen it work.  I have also seen it work poorly and fail.  But even in those cases where it does work, the direct benefit to the parish has been lessened.  I may be the way of the future due to finances – it is this or nothing – but I would just add great caution in jumping too quickly without accounting for these intangibles lest we end up like the public schools.
Posted by Fr. V at 8:01:00 AM

I agree with you that this seems like a bad move, primarily because the Catholic principle of Subsidiarity is rock solid... and this messes with it. On the other hand...

1. The Catholic parochial school system is modeled after the government schools. Structurally speaking, they are alike in almost every way but faith. Most even use some government funding and textbooks. With that in mind, it's not surprising in any way that the next step to try to fix up a laboring system is to do what the government does and "regionalize". Unless pastors are willing to completely rethink the whole concept of school and how it relates to parish, the institution will follow the path it was designed to follow.

2. Catholic parish schools are an enormous financial burden on parish churches. The parish goes into debt so that it can subsidize and balance the budget of the school. This is a terrible, terrible system. It is particularly horrible when one considers the objective failure of the Catholic school system to overcome the moral and spiritual deficit of the culture at large. The existence of the Catholic school is not enough. But for that dream, pastors throw away the treasure of their faithful parishioners. If the only way to stop our schools from killing the viability of our parish programs is to open the door Dolan wants to open, then I am willing to listen... in spite of my natural aversion to his plan.