YEAR IN REVIEW I

The end of 2012 is right around the corner and Mr. John Allan (of All Things Catholic fame) was the speaker at the First Friday Club of Akron giving his annual end of hear news roundup.  The first part of his talk concerned the top Catholic stories of 2012 and the second the stories to watch for in 2013.  Today there will be quick look at one of his top 2012 stories with personal commentary.  (More will follow.) 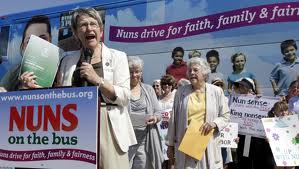 1)       The Crackdown on Controversy:  We’ve all been reading about the Vatican visit to our nuns and to our seminaries.  But that is only the tip of the iceberg.  The Church seems to be asserting her authority to be loyal to herself.  Perfectly understandable in any organization but the Church seems to take it on the chin when attempts to do so.
What is really at stake here, however, is identity.  Who are we anyway?  What do we really stand for in a (western) world that values so called diversity and tolerance?  Here is where the New Evangelization comes shining through – the effort to reinvigorate the truths (yes Virginia, there is such a thing as truth) of the faith among Catholics. 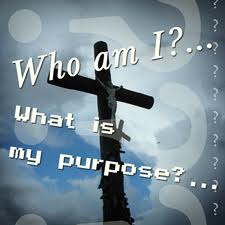 Some cry foul ball as if they are being censured and no longer allowed to speak on such matters.  Anyone can talk about anything they wish; abortion on demand, same sex marriage, etc . . . the Church cannot possibly stop you from talking about this at work, on your blog, or even on television – but you won’t do it on the Church’s dime.  But does this not make sense?  It only makes good sense.  Who wants to belong to an organization that cannot even get its own message out through its own people?  So the Church has established what John Allen has given the name, “No Fly Zones.”  In other words, here is what we believe as Catholics and if you want to engage in these topics as open for discussion; they will not be done on the Catholic Church’s dime.  There is a place and a time – but not during times when authentic Church teaching is supposed to be expressed.
Posted by Fr. V at 6:15:00 PM

Shouldn't there be a "not" in that last sentence? i.e., "There is a place and a time -- but NOT during when authentic Church teaching is supposed to be expressed."

I could not be more grateful that the Church (and even some of Her local priests!) is finally beginning to be more insistent that the Her authentic teachings actually be taught in those settings in which one might expect to hear what the Church actually teaches (schools, churches, religious orders). It's been more than a little frustrating to have to teach my children to be hesitant to trust what they hear from clergy and teachers of the faith. I know it's valuable to instruct them in how to find out what the Church teaches, but that should not have to be a skill primarily used to defend themselves from erroneous teaching they hear in a Catholic institution. (Lest you think I exaggerate, it was at a Catholic university I learned from a theologian that Jesus didn't rise from the dead.) I love the integrity and beauty and truth of what the Church teaches, precisely the way She teaches it, especially in the more controversial issues, and I'm weary of feeling like the odd man out in Catholic settings for actually thinking that way.


John Allen is a bit of a mystery to me. He writes for the unambiguously "liberal" (actually heterodox, dissenting) publication (National Catholic Reporter), yet, as he projects the direction in which the Church is headed, he all but pronounces "liberal Catholicism" to be "dead—'an exhausted project'" ( de Souza in R. de Sousa in First Things).