There are those who believe (and I use the word “believe” very deliberately since it comes with its own set of un-provable presuppositions) that there is no God.  The theory of “no god” is also associated with the idea that there we are an accident of the universe with no meaning and when we die we cease to exist.  Period.  If this is so, then there really is no basis for a universal morality because there is no basis for absolute truth.
Some will argue that a basis for morality might be found in nature (natural law.)  There is small grounds here.  We might, for example, figure out through natural law that without clean water it we cannot survive and therefore it is good to have clean water and bad not to.  But what about people living in a desert?  Should we give them some of our clean water?  What if it places our access to clean water at risk?  If there is no real meaning to life why not let the people in the desert die?  If you give them water they will only increase in number and then we will need to send more of our limited supply of water.  But if they died, that would be the end of a problem.  There is no heaven or hell so there are no consequences and for the people who live, life on this meaningless planet just became more tolerable. 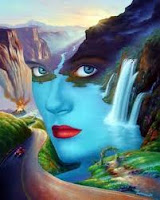 If, on the other hand, one would say that there is in natural law a basis for morality that says life has meaning and that we should take care of the people in the desert; that means that life and the universe have meaning and purpose.  If it has meaning and purpose that means there is an intelligence behind it and we get right back to some form of god.  But even if one argues otherwise, how do you enforce this concept of natural law other than to say, “This is my idea!” followed by a meaningful lump on the head with a club to the one who disagrees?
“But wait!” one might argue, “I know plenty of moral and good atheists!”  I agree.  So do I.  They are some of my favorite people.  They are also some of my favorite people in history.  People of towering (what Christians even would call) virtue.  But in the end it can only be fashion.  There is no absolute by which it can be enforced save for “Might Makes Right,” whether that be army, popular vote, control of resources, or other such means.  When the benevolent believer in a god free universe is no longer in control, to what can we appeal to continue his ideals against a contradictory force other than to raise our own force for our preferences? 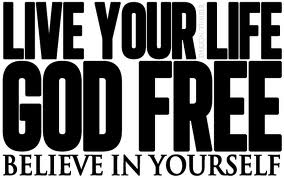 It is often brought up that religion has caused so much war in the world.  From the Catholic perspective, it is exactly when we were NOT living up to the call of our faith that the worst in the world has been committed; when God is used as a false rallying cry and not to move people more deeply into the Gospel message.
For the radical separation of Church and state (which I would argue does not state nor mean that the faith of many of the very people that they government is supposed to represent may have no sway in political activity) opens the door to those with power abusing those without power.  The worst in ourselves will come out over the (not so) long haul.
Posted by Fr. V at 8:58:00 AM