FRIDAY POTPOURRI: HOLD ON TO YOUR LITURGICAL HATS! 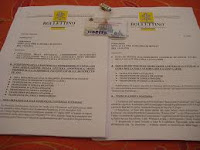 “To the Universal Church”

This is the title of a rather shocking document to come out of Rome very recently. How it is shocking depends on one’s personal preferences. Some are shocked with joy, some are shell shocked. Most I believe won’t care because it will not affect most people and things will roll along just fine with few noticing anything.

There was a time in the Church when we did not say what is now called the extraordinary form of the Mass. Then we were allowed to with significant restrictions as long as we had permission of our bishop. Then we were allowed to say it without permission but to be public required differenting regulations among bishops. Now, not only is to be openly permitted, it is also somewhat promoted even to the point of being taught in the seminary. (In this way Saint Sebastian is cutting edge once again.) 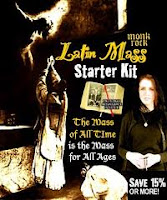 In fact, not only the Mass but all the rites of the Church are to be made available in the manner they were celebrated prior to Vatican II at least in some way in each diocese. The only people they are to be refused to are those who do not recognize the validity of the ordinary form (Vatican II Mass) and those who do not recognize the pope as head of the Church. If there is a lack of priests it is suggested that they be brought in until trained priests are in place.

I am not going to go into any further detail. Here is an excellent place to read about the document and here is the document itself. I won’t reinvent the horse. (the horse?)

Of course there are significant obstacles to be overcome. All of the books and materials are not readily available and when they are they are very expensive. There is a lack of qualified people to teach the Mass let alone priests to celebrate it or the other rites. It is easy to say, “bring in a religious order” it is another to find someone to pay for it. Many churches have been renovated to such an extent that it would be difficult to perform some of the rituals properly in them and in more modern churches it would be practically impossible. Like all documents it will be looooooooong in implementation but it does appear to be on the horizon.

I remember asking my pastor growing up (after whom I took my confirmation name and the man who inspired my vocation) what he thought of all the changes in the Church. He said, “When all the money has been made wrecking churches (his words, not mine) all of this will revert and we will spend twice as much fixing them back up when the Church starts really enacting Vatican II.

I thought, though normally rather insightful, that he was a bit blind on this point.

Fr X. knew of what he spoke. Requiescat in pace.

My local priest does the extraordinary form of the mass on our teen retreats for at least one of our masses and all of the masses are done ad orientem. Recently he did the old rite baptism for a friend of mine's child. He did an extraordinary form wedding mass for the Latin teachers at his elementary school. (The kicker is that neither of their families were catholic. I can just imagine the loop that family was sent on attending the wedding.) For the most part he says the NO mass on weekends and daily masses but on important feasts that are not holy days he sometimes says the extraordinary form. He also says mass ad orientem on First Fridays and First Saturdays. I personally prefer my masses in English but like elevated language. I'm looking forward to the new translation. Sometimes my husband and I attend a High Mass at an Anglican Use Catholic Church on Sunday mornings. They use the tridentine mass translated into English. It's different but it keeps me on my toes and engaged in the mass.

This is exciting stuff for exciting times!

Father says there was a time in the Church that what is now known as the extraordinary form of the mass was not said. What he fails to mention is that this E.F. form (or versions very, very similar to it) was said for CENTURIES as the the only form of the mass. Universae Ecclesiae only reinforces with stronger language what Pope Benedict's motu proprio, Summorum Pontificum, stated for the universal Church back in 2007.
Bravo, Benedetto!