TUESDAY QUOTE OF THE WEEK XCVII

QUOTE II: “One commentator at the time claimed modern architecture had caused more damage to London than the Luftwaffe.” from Moyra Doorly’s, “No Place for God.”

O rapture! O bliss! It is time for Catholic Carnival 205!
M. J. Sent in this great game. "See if you can solve sixty-two brainteasing word games! It's in multiple choice format, so click as soon as you know the answer to keep your time down. If you're fast enough, you might even make it into the Hall of Fame." WARNING: Addiction level LOW. But make sure you have a little time.

The Diocese of Cleveland Enewsletter asks, "Did you know the Basilica of the National Shrine of the Immaculate Conception, located in Washington D.C., is the largest Roman Catholic church in the United States and North America, and is one of the ten largest churches in the world?" You can visit the website here.
It was a dark and foggy night two nights ago. An interesting time for taking pictures around the parish. 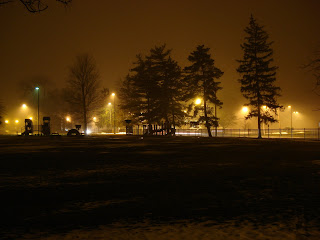 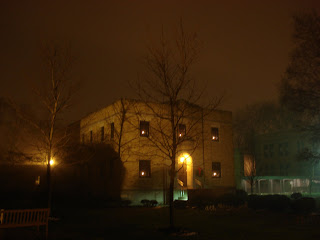 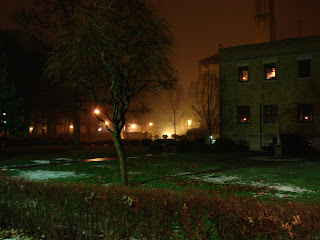 It is with embarrassment that this is being announced after such a long time but back in early December Heather from The Practicing Catholic was so kind as to honor me with the Catholic Scribbler Award. Thank you so very much! The rules for the award are at the bottom of this post. 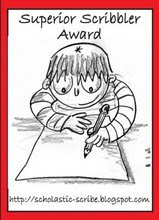 Here are the blogs that I would like to award this too:

Of course, we must start with Adoro over at Adoro Te Devote. Honest, Funny, and always very Catholic and a strong supporter of priests and those who need prayer. Blessings to you!
Next up is a fellow priest and all around swell person, Fr. Schnippel at Called by Name. Being a vocations director is no easy job and I have a lot of respect for anyone who does it. But on top of that he keeps up a blog to encourage all of us but especially those considering a vocation. Keep it up!
Uncle Jim at A Second Chance is one of the reasons Adam's Ale is still here. He is also a great support especially when this blog was getting off of the ground. If it were not for him, Adam's Ale would probably be off the wires. A great man of faith and family.
Servant and Steward is written by Fr. Zehnle who is frank, learned, and never fails to be interesting. But most importantly he has fun being Catholic. Woohoo.
I wish there were more spaces but there is only one and so Vincenzo over at Sancte Pater is given it. I just like this guy. He has a great sense of humor and is a bit of an artist with the computer. I wish I could do some of the things that he does. Thank you for blogging!
And here are the Rules of the Award:
Each Superior Scribbler must in turn pass The Award on to 5 most-deserving Bloggy Friends.
Each Superior Scribbler must link to the author & the name of the blog from whom he/she has received The Award.
Each Superior Scribbler must display The Award on his/her blog, and link to this post, which explains The Award.
Each Blogger who wins The Superior Scribbler Award must visit this post and add his/her name to the Mr. Linky List (scroll down). That way, we’ll be able to keep up-to-date on everyone who receives This Prestigious Honor!
Each Superior Scribbler must post these rules on his/her blog.
Posted by Fr. V at 1:55:00 PM

Love the pics!! Maybe you could be a professional photograper in your spare time!!