I SAY, WHAT A CAPITOL FELLOW

God works in mysterious way. This summer found me alone at the Stratford Shakespeare Festival. A friend was suppose to accompany me but that week he was assigned to a new parish and it seemed rather cheeky to walk in and say, “Hi” to everyone followed by, “I’m leaving on vacation tomorrow.” 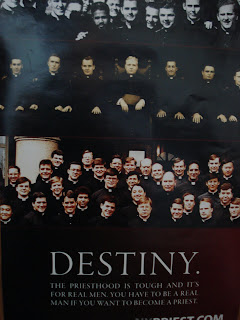 Though it was nice to be alone for a change around the last day I was talking to God and saying that it would be swell to have someone to have dinner with one night but Oh well. As it turned out I received a parking ticket that day (I forgot to put a quarter in the meter – so it cost me $8) which meant that I was walking down the street to go to the courthouse when I would not normally do so. Sitting out at a sidewalk café was man in his clerics drinking a cup of coffee. It turns out he was from England and he had locked himself out of the rectory at which he was staying and so he decided to wait until the resident priest was going to return. He would not have been sitting out having coffee nor wearing his clerics otherwise. I gave him a greeting and as it turns out he too was traveling solo and wanted to go that evening to the very play for which I had an extra ticket owing to my friend not being there. Guardian angels must have been working overtime on that one.

After the show he invited me to dinner as a gesture of thanks. The food came rather quickly which prompted me to comment to the waiter, “Wow, that was quick.” He responded, “We don’t want to waste your time.”

Father Paul burst out laughing. “You Americans! You would never hear something like that in England. It is expected that meals are to be enjoyed at one’s leisure,” or something along those lines. This led to a discussion of other things that are different between our two countries. Perhaps the one I found most interesting was the way vocation promotion was handled in each of our dioceses. Fr. Paul was the director of vocations for his diocese. He was commenting on the clip from the Diocese of New York entitled, “Fishers of Men.” You can see it below if you’ve not seen it before.

It seems that they were rather undone about. “It seemed to us to somewhat incongruous with our notion of priesthood.” We Americans are attracted to the idea of the hero priest, willing to risk all to bring the sacraments to whomever may need them. The scene in the movie of the man racing to the scene of an accident to anoint the injured man simply does not speak to them. Of course my question was what then does speak to them. Their idea of priesthood, if I read him correctly, is a bit more genteel, more focus on presence and ministering to people quietly and intimately. Our two priesthoods together would make an interesting version of the “Odd Couple.”

Be that as it may he reports that their seminary is fairly healthy with seminarians. I am happy to report the same here in Cleveland. Maybe America just needs Fr. John Wayne.

“May Almighty God bless you pilgrim.”

So would it be the 'Black berets'?


(and, I liked the vocation videos the first time you posted them - and I still like them).

Like John Wayne? Rushing to administer the sacraments to people? The only stale joke I hear from the pulpit is that one great thing about being a priest is you don't have to share a shower. I was hoping they didn't to begin with. I think our priests doesn't like sharing a house with someone else.

I feel as if I am in a different country because that is not how it is here. Of course, we do not have a lot in the seminary either. That may be the difference.

Well, you know the English--very understated. Maybe Anglo-Catholics need to keep it low key because of the all the Anglican and the crazy PC police (sometimes one and the same). It wouldn't do to give cause to start an Elizabethan (II) persecution of the Faith.

Dear Father, I love this vocations video and think it would be great to show to our junior high and high school-aged students.