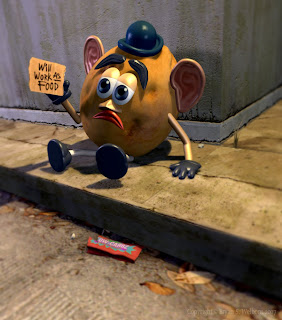 There were so many interesting things that happened this week (not the least of which was the microphone debacle at the 4:30 Mass) but one was so unusual and so unexpected that it trumped everything else. To understand this story you have to know my angst about handing out charitable donations out of the rectory door. A dollar handed out on Monday will attract a hundred requests tomorrow. Of course we do have a Saint Vincent de Paul Society here and they do a fabulous job of using our limited resources to reach out to those who are truly in need. This requires a meeting with someone from the society for a determination of need. (One of my favorite passages from the Didache is, “Let your alms sweat in the palms of your hands until you to whom you are giving them.” Many of those who are simply looking for a handout do not like this and find ways to circumvent the system. They come to the door claiming immediate needs that would be too late to fulfill through Saint Vincent de Paul; the landlord will kick them out by 3:00 today if they do not come up with the rest of the rent, or they have pulled up in front of the church and have just enough gas to get to the gas station. The sad part is when it is discovered that they have told the same story all over town. (All the worse for the sincere souls who are not trusted now because of the shiftiness of some!)

One particular ploy that older, wiser priests warned me about is the Sunday morning rush. “You will find,” they told me, “that people will come up to you just a bit before Mass counting on you being busy and

hit you up for money in the hope that you will just throw money at them since you cannot attend to them at that moment. By Jove it is true.
So Sunday I was in a rush to get over to the Church when the secretary stopped me and said, “There is a man out in the lobby who needs to speak to you something about money.” My heart sank. Was this another hit? Would I have to listen to the story of how they need money and have a deadline that cannot be met if I go to Mass without handing over ready cash? Gosh I hate that.
Stepping out into the lobby I met a gentleman and immediately apologized that I did not have much time and asked what I could do for him. “That’s alright Father, I’ll make this quick,” he said. “I grew up in this neighborhood and went to Church here.” This is not an unusual line for someone to start out with when asking for cash. “About thirty years ago I was driving my friend around and pulled up in front of the Church. He ran in and stole a microphone, jumped in my car and we took off. I’ve felt poorly about that for over three decades. I go to Mass and try to be a good Christian but I have to settle this. Here is (and he gave a substantial donation) to help cover the cost to the parish so many years ago.” (To be quite frank, we can use the donation more now than they did back then.)
Needless to say I was quite struck by this gesture. I do not think that I have ever encountered this before. I thanked him and encouraged him to take it confession (which is really the more important part) and commended him for his thoughtfulness. I hope he knows what encouragement he gave me. God is so cool he take even this act and bring good from it if we entrust it to him.
Posted by Fr. V at 12:31:00 PM

I think, if we are honest with ourselves, it's not all that surprising. I'm only thirty five, but even I know how some seemingly insignificant act can weigh you down more than the rankest sin, if you have kept it hidden away.

Very nice post Father. For as much work as it takes, there are some true pearls in ministry.

Dear Father, The microphone problem may not seem so bad in comparison to an incident from my home parish in the mid 1960s. Our pastor was celebrating an early evening "First Friday" Mass prior to the start of our yearly summer block party. He was in the middle of the sermon when someone turned on the sound system in the bell tower a little too early and out came Sam the Sham singing "Wooly Bully."

3.5 years ago, when I first decided to return to the Church, I was waiting in my parish office's lobby to talk with a priest. I was so anxious and worried, for several reasons. I wasn't sure what would happen or what the priest would say to me or if he would really be able to help me.

While I was waiting, this lady came in off the street and asked for money for some-or-other reason. One of the office staff talked with her for a minute, and then, I watched with astonishment as he handed her some cash and sent her on her way. Seeing that calmed me down considerably. I thought, "If they're willing to do that for a total stranger, then surely they will take good care of someone trying to rejoin the Church!" And I was right!

I do understand the reservations about that kind of thing, but the fact that I witnessed it that one time really made a difference to me. It helped restore some of my long-lost love, trust, and gratitude for the Church.

God be with you,
Heather