A SHOWER OF BLESSINGS

DANGER: I am in an outrageously good mood today.

Think about it. You stepped into a shower most likely in the place where you live, maybe even in a place you own. You walked in on your own. That means you are pretty healthy, at least for the most part. First thing you did when you went in was switch on the light. Isn’t that amazing? If you were to touch electricity, it would kill you. But we mastered it, harnessed it, and every day almost without fail you touch a little switch and this energy, this incredible force produced further away from your home than you will probably travel today shoots through wires strung up along miles of road, comes into your building and lights a lamp so that you can see in your bathroom. All that you had to do was lift a finger. 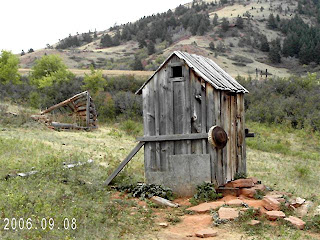 The percentage is in the single digits of the number of people in the world who had water collected, purified, (probably had fluoride added) pumped underground with sufficient power to reach your home where it is heated to your exact specifications and then shot out of your showerhead.

How many soaps do you have in your shower? Bar soap, shampoo? Conditioner? I have only one: a great big giant bottle of vanilla smelling goodness. You lose interest in the other things when you lose your hair.

When you stepped out you had a towel. Most likely it was clean. And if it wasn’t it was only because you hadn’t gotten around to it yet. Then there were are all kinds of toiletries to use from deodorant to aftershave. And when you were all done, all the wastewater was magically whisked away along with all of the filth, taken miles away again quietly and efficiently where it will be cleaned and returned to nature.

The biggest risk faced during the whole process was probably slipping. There were no threats of air raids or genocide. In fact, nothing much went wrong for these precious few moments. As a matter of fact, chances are that if you took stock of most of the events that happened thus far today, the number of things that went right will out number that which went poorly probably in the millions to one.

Things did, or will go wrong today. Something maybe even serious. It will need your attention and may even make you feel legitimately blue. But remember to be thankful for everything that went well too. Remember that you had a shower this morning. You cannot be sad and thankful at the same time. And when something does go wrong, you will be able to handle it a little better knowing that mostly things go right and this too shall pass.
And still, even if they don’t, God loves you. And with that, even if they chop your head off, all will be well.
Posted by Fr. V at 5:42:00 AM

Email ThisBlogThis!Share to TwitterShare to FacebookShare to Pinterest
Labels: Thankfulness

Wow!
You should shower more often.

Now there's something you don't consider every day. I'm not sure I wanted to think about being beheaded on a Monday morning, but there it is! LOL!

Thank you for writing this and putting a little brightness into what was turning out to be a pretty dull day. You have made me think twice about moaning about my awful job!

That reminds me, I haven't showered yet...

I sense a lot of people took showers, though. :-)

The other day this jerk chopped my head off. I just thought, "well then, at least I've had a hot shower today," picked up my head and got on with it. It is really so unbecoming to have dirty hair during a head-reattachment anyway, I was very grateful for the shower. It really helped me to offer up my head detachment, you know? And really forgive my beheader.

"if you took stock of most of the events that happened thus far today, the number of things that went right will out number that which went poorly probably in the millions to one"

Amen. That big bottle of vanilla goodness agrees with you (and apparently, with others).