In the summer of 1936, a mysterious letter was sent out to 300 representative parishioners asking them to come to a meeting in the school assembly room (now the library and computer room). The letter gave no reason for the meetings but stated that it would be explained once they were there.

The meeting was described in a parish newspaper called, “The Local Motive” and featured a charging steam engine on its masthead charging toward the reader.  The people gathered before a speakers table at which sat Father Zwisler and “his able assistant” Fr. Murphy.  The whole audience was “agog with curiosity” waiting for Father to say what the mysterious meeting was about.

The talk began with a review of the remarkable first eight years of the parish, the construction of the beautiful, all-purpose building and the creation of beautiful grounds making St. Sebastian, “the greatest parish in the diocese.”

“‘I did not bring you here just to tell you these things because you already know them yourselves,’ the eloquent speaker stated, ‘but to submit for your consideration two very pressing needs with which we are at present confronted.’”  On top of the list was a need for a rectory.  The current house afforded little privacy for those who were visiting “on sensitive matters,” and was too small.  “The sleeping accommodations are so limited that an extra priest, helping out over weekends, must be lodged in the restroom of the school.”  It was also at good distance from the church, “however, the priests are not complaining.”  He also hoped to have a larger house in order to make it possible for another parochial vicar to be assigned to the parish whose services were sorely needed for the growing community. 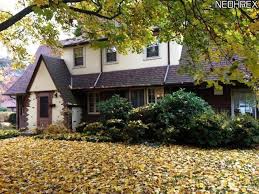 Shortly after this time the priests had to move from the house on Roslyn.  The owners of the house wanted to sell the it so a different one was rented at 100 Elmdale.  It was time for the parish to have its own rectory.

The Local Motive declared that the subscription campaign would begin Tuesday, September 8th, 1936 and that it would be “a dignified style of fund-raising sure to please.”  “Give it right away” the paper prompted, “Will you tackle this duty that comes your way with a resolute soul and cheerful - Or hide yourself from the light of day with a shrinking soul and fearful?”

A number of advertisers that bought space in the paper are still with us today: Hummel and Billows Funeral Homes, Grismer’s Catholic Store, and Reiter Dairy.  Other past business supporters are the things of memory such as Ahern’s Florist and Isaly’s Dairy products. 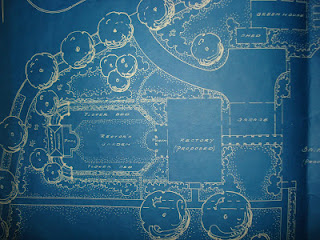 The second issue of the Local Motive reports that the 200 parishioners that Tuesday night had, within one hour, raised $9,710.  A “FLASH!!” appeared as an insert in the paper.  “Will O’Neil and Lon G. Tighe, staunch members of the congregation, unable to attend the meeting last Tuesday night, phoned their regrets to Father Zwisler the following day and authorized him to publish their names for respectively $1,500 and $300, a boost to the 1st week’s total.  Thanks a lot, Bill and Lon, and we hope to see you in the Assembly Room next Tuesday night when we sure will sing the ‘Three Cheers’ song in your honor.”

The help of important investors such as these provided the foundation for a successful campaign which the pastor desperately wanted to succeed.  The Local Motive reported, “Virtually every parish in the diocese and numerous non-Catholic interests of the city, have heard of the crusade’s launching and admiring the courage and common sense of our people, have their eyes focused on the campaign and eagerly await the results of our efforts.  The wonderful reputation established in the past eight years during which “failure” has been an odious word to every parishioner, is at stake in this enterprise and the exceptional pastor in charge of the congregation, with his own record of outstanding achievements, must be supported by every worthwhile member of the congregation.”

It should be noted that Father Zwisler himself is recorded as having given among the third highest level of donation at $500, an amount in today’s money that would still be appreciated as generous.

The third issue of The Local Motive had a “Roll of Honor” that included family names still associated and very much involved in the parish.  Those listed contributed around $250 apiece to bring the total of the first week of the crusade to $14,615.

One particular gift received special attention in the paper.  It was a pledge for $25 with a $5 down payment made in cash.  The reporter wrote, “Mr. Salvatore Ferrise greeted the director with a smile as he handed over his pledge.  The roar of applause that followed the announcement was significant and greater in volume than that accorded many larger offerings.”  The reason for the cheering was two fold.  The first is that $1 in 1936 was worth about $17 in 2016 dollars.  That means his donation today would be about $425, not an insignificant sum.  But over and above that, it was noted that the Ferrise family had twelve children!  This was truly a sacrifice.

It was announced that at the next meeting, the pastor, “to whom honor is due,” would be so honored.  Donations to the campaign that night would be a tribute to Father’s great work in the parish.  The paper wrote, “Good friends are rare and precious blessings in this world, and once found are not lightly to be ignored.  They are God-given.  Like opportunities, they come seldom, and if not appreciated, disappear among the great things that might have been.

“Father Zwisler is a friend that St. Sebastian’s parish can reckon as genuine and sincere, indeed, beyond the price of pearls.  Knowing him for what he is as a man, and recognizing him as high priest of the Master, no one can help but realize it is a signal honor to share his friendship.” 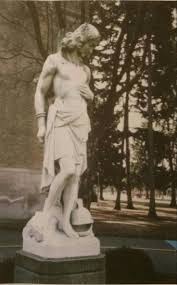 And they did turn out.  A picture on the front page of the Local Motive showed a standing room only crowd.  The headline screamed, “PARISH SMASHES WAY TO $20,000 MARK AT PASTOR’S MEETING.”  One of the largest gifts came from the school children whose combined gift totaled $1,000.

It was announced that the next meeting would honor The Rev. John Murphy, the parochial vicar.  On this night he was afforded an opportunity to talk.  He began by saying, “I am reminded of a puritanical Irishman in a crusade like this who objects to the pastor who received contributions without considering their source.  ‘Why Father,’ he said, ‘that $1,000 you just received came from a bootlegger.  It’s tainted money!’  ‘Well,’ the pastor sighed, ‘taint yours and taint mine so why worry?’”

He went on to say, “Father Zwisler is a man determined to make St. Sebastian the finest parish in the diocese, if not the entire state of Ohio.  Already we have the best building viewed from an ornamental and utilitarian standpoint that you can find anywhere.  This is not my opinion alone but that of the numerous critical visitors who come here, sometimes from great distances to inspect it. . . It is one of the finest ecclesial properties in the country. . . We owe (Father Zwisler) much and now, with his call to the parish, to continue this work by a substantial reduction of our debt and the erection of a necessary priest’s house  Everyone should converge to his support.” 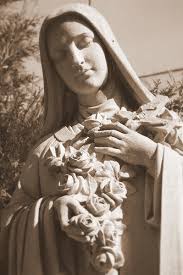 The final Local Motive in the parish archives proclaims, “CURATE’S NIGHT SENDS CRUSADE SCORE AMOST TO $26,000.”  Seventy five parishioners added about $6,000 to the crusade in honor to the parochial vicar.

The meetings themselves seemed to have something of a pep rally atmosphere with humorous stories, rally cries and cheering, and singing.  The reports often mention the pianist who would lead the crusade hymns.  “Promptly at 8 o’clock, Tommy McGovern took his place at the piano and rattled off the tuneful crusade melodies while the seven floor men passed out printed forms and song cards . . . The Notre Dame ditty [caught] the fancy of the audience by its measures  which swelled in a diapason that would have tickled the green-shirted warriors from South Bend.”

By all accounts, the meeting was a success having honored the curate with pledges that would total almost $102,000 in today’s money.  The next meeting, for which we do not have an account, would honor the sisters in the school as well as St. Therese Little Flower.  There was also a talk advertised on the life of the Little Flower with an exhibition of “two remarkable rose petals.”  “NON-CATHOLICS WELCOME.”
Posted by Fr. V at 7:12:00 AM