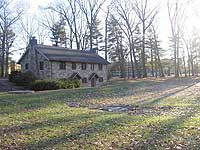 This park directly across from the parish is often called Forest Lodge Park though the official name is Elm Hill Park.  Forest Lodge is the name of the building located in the park.  It was built in the 1930s by the WPA.  The upstairs was used to house the caretaker of the park and his family, the children of whom attended St. Sebastian Parish School.  The bottom floor with its two fireplaces was used for park activities, the best remembered being skating which took place when the large depression in the middle of the park was flooded in the wintertime.  Skates were rented from the hall and warm fires chased the chill out of the skaters.

THE PARISH CONTINUES TO GROW

By all accounts the parish was off to a tremendous start.  In 1930 the Holy Name Society began.  This organization for men balanced that of the Sanctuary Society which was for the women of the parish.  Among other responsibilities, Father Zwisler entrusted the Society with providing youth activities for the parish.

Father had a powerful personality.  He was also a man of vision who not only built a parish from scratch but also planned for it’s future growth.  These two traits combined allowed him to form a strong, tight knit community with a well designed parish campus.  The St. Sebastian Parish campus, in this author’s opinion, remains one of the few in the diocese whose original intent, integrity and plan for growth successfully saw it through many years of expansion and growth. 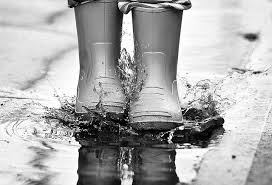 Father ran the parish with German efficiency and order.  Famous are the stories about children being sent home for not wearing the mandatory galoshes to school in season (October 1 through May 1).  Children were marched out of the building to the drums played by one of the students.  The wooden floors of the school were scoured by students with steel pads every Friday.  The “Skater’s Waltz” would play over the PA system while the children shuffled on their steel pads removing all of the scuff marks of the week.  There were also “Dandelion Picks.”  Classes were in competition to pull dandelions from the parish grounds, the winning class getting candy bars and the losers being consoled with lollipops.  All of this kept the parish running smoothly and maintained its facilities in tip top condition.

But a powerful personality can also have a downside.  When asking those who knew Father what sort of man he was, the conversation almost always begins with a quick intake of breath through clenched teeth followed by, “Well, he was a good man.”  Father was fiercely protective and loyal to his people and to the parish; and that protectiveness could, at times, cause difficulties.
Posted by Fr. V at 6:45:00 AM