AND THE SECRET INGREDIENT IS . . . 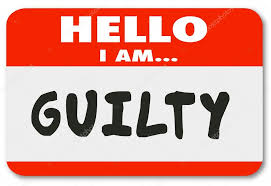 I killed a great and successful program.

I feel extremely guilty about it.

I could offer ALL KINDS of excuses but when it comes right down to it, I could have handled it in a more constructive manner.

Let me just say it was drawing a lot of desperate people from near and far; men, women, old(er), young(er), Catholic, non-Catholic, to come together a pray, study, and (toward the end) have a good time together once a month.

Unfortunately, it was in the rectory, I am at the old(er) end of the scale, it was always on a work night, and I was always having to kick people out so I could get to bed.  “No, seriously, you people have to leave now.”

The reason I bring this up is that I was having a discussion with a newly ordained recently and we were debating what works and what does not work when it comes to forming community and getting people involved at the parish.  Clearly, our model of programs, initiatives and posters no longer work well.  Something new is needed as we rebuild Catholic culture in the United States. 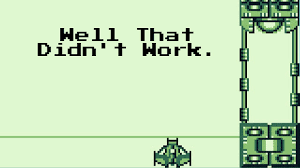 Meetings on the parish grounds that featured Bible studies or theological talks.  We peppered them up, gave them snappy titles, made great posters and turned it into a social/coffee house to try to up the attendance.  The same 30 people turned out for all of them.  Great people.  But why were we failing to attract more? 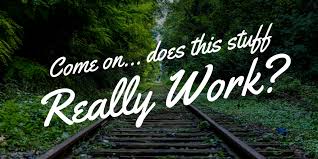 Theology on Tap has been a wonderful success thus far.  Hundreds of people have been through the door over the past year.  (We are coming up on our 1 year anniversary.)  Theology on the Rocks has almost been too much of a success.  We have had angry people because the venues have been so crowded.  At each of these there has been a solid theological talk, questions and answers, and, of course, food, drink and community.

The group with which I opened this article was a study of the writing of a turn of the last century Catholic writer.  Who would come to such a thing besides a few nerds like me?  But they did.

So . . . what is the THING and how can it be applied to other programs that are withering on the vine?  What are the ingredients?  Do we need to have PSR classes at Taco Bell?  What would make you come out for a Bible study?
Posted by Fr. V at 9:11:00 AM

Several years ago, I was on parish council at a neighboring parish. We were told by the Diocese to have "town hall" meetings to find out what our parishioners liked and perhaps thought we should spend more time on before we were merged with another parish.

What seemed to work is to have Bible studies, book studies, and other catechism-type programs and combine them with maybe a light meal or social, ideally after an evening Mass. Nothing complicated - maybe soup or sandwiches, or even cheese, crackers and fruit. Parish potluck dinners, maybe a couple of times per year, were also requested with no other reason except as ways to get us all together outside of Mass.

My parish went along with this for a while and had success with it, but for some reason, it was all dropped after a couple of years. We are lucky to get a picnic together once per year, and coffee hour after the busiest Sunday Mass. Maybe our priests are tired of us.

You are right to say that you only see the same people over and over again. But in my personal experience, sometimes only certain, favored people are welcome to volunteer or contribute their talents in some way. I have given up volunteering when help is needed because I have repeatedly either been told I am not wanted or ignored. I have even had monetary and material donations for the poor turned away. I ended up giving these to the Methodists, who are very appreciative. I decided that if God or my parish priests want me, they know where to find me.

From my perspective as a parishioner taking up space in the pew, I would love to get to know my fellow parishioners and priests better, and to spend time with them outside of Mass. I love my parish, my priests, and my Faith. Even better if we combine it with some adult study program. Most of us only see the parishioners we go to Mass with, and we really do not know them. I miss being with my parish family terribly.

God bless you and everyone at St. Seb's

i agree the thing most of us are craving is the sense of community. Catholics are, for the most part, a fun group of people. We have some who are sour, some who take themselves too seriously and some who are going through hard times. But most of us, we are good natured people trying our best to get through life. But we don't have a lot of opportunities to come together. I read somewhere it takes about 8 encounters for people to feel like they have enough of a connection with each other to approach one another with ease.

I always thought the Church could be more creative. First, you have the records. You know who cared enough to get married in the church or have their kids baptized. Why not plan an event and invite all the couples married in the last three years to a "Newlywed" get together? Or the same of all the parents who had their children baptisized recently. Maybe pair with a neighboring parish. Most people I know would love to meet other couples (or parents with children of similar age) who live in the area. I am sure the same is true for the longer married couples.

Everyone needs to put dinner on the table. Why not have a chef come give a talk about how to up our cooking skills, or a nutritionist to talk about healthy meals? I remember reading a monk said the church found out very quickly it was important to feed people healthy meals so they could do God's work. You can hit on all sorts of things gluttony, sloth, sacrificial love (for the main cook in the family), taking care of our resources and not being wasteful.

You could host one of those basic First aid/EMS/We-live-in-a-dangerous-world training things for the guys.

Maybe the parish can set up an account for speakers and social events. I am sure many of us would appreciate a chance to get together and would be happy to contribute. Once we start to know each other, I bet the Bible studies will naturally follow.

Theology On the Rocks and Theology on Tap represent the opportunity to attend a full-fledged Catholic event that will not be dominated by the (perceived) inherent "nerdiness" of other Church-sponsored gatherings of laypeople.

As one of the nerds, I hope no disrespect is taken! But I feel I should note that, from my anecdotal experience, TOR and TOT are events that are regularly populated - in part - by that rarest of Catholic animals: The non-nerdy Catholic adult.

I'm with the comments Anon #2 posted about the sense of community we crave. Our parents and grandparents had it at their parishes, and at ethnic clubs, the K of C, etc. I also like his/her idea about connecting with our cluster parishes. I can't remember the last time we did something together in our cluster. Has the cluster concept been abandoned by the Diocese?

That's also a good idea about having "reunion" events, like the newlywed dinner he/she mentioned.

I think it is important to host these things at our parish home, Father, in spite what you said about having them somewhere else. We need to connect the happy times we have together with our parish. These people aren't just members of the same church, or friends. They are parish family, and that includes our priest. God put us together for a reason.


Almost every bible study/group talk has made me "read aloud" with the group or some other stupid thing where they treat us like children to try to force us to participate.

I don't see that happening at TOT.