It has been a busy few days around here and so I am way behind on posting.  Yesterday was the installation of Bishop Perez.  Here's a shot of some of us waiting to get things started. 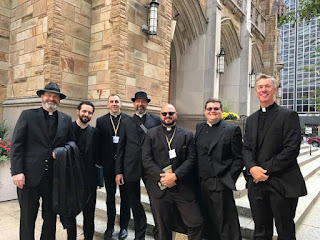 I parked across the street and saw this great view of the cathedral.  Another priest and I laughed when we admitted to going to confession just before hand just in case there was someone who wanted to do some damage during the ceremony.  Coming across a couple other priests and telling them the story, they admitted to doing the same thing. 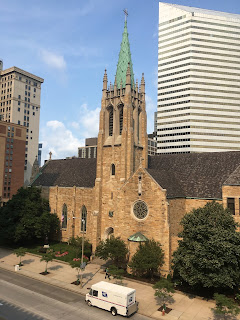 If you are really interested in how everything went (it went well) there are plenty of videos for watching the ceremony.  What you probably did not see is that the city was as nervous as we were worked hard to make sure we were safe.  Here are some of the dump trucks filled with sand that were used to block off the streets around the cathedral to make sure nobody tried to ram the area with a truck bomb. 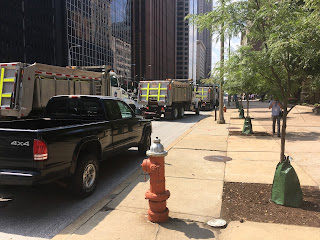 There were a few bomb sniffing dogs and police everywhere.  It was touching watching a police officer walk a couple of elderly nuns across the street.


Here is the bicycle brigade that was making the rounds. 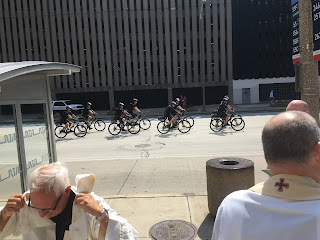 The mounted police made an appearance. 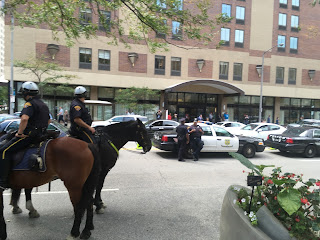 Police cars lined up in front of the cathedral as the procession made its way in.  There were rumors that there were snipers on the top of a building or two but that is unsubstantiated.  But let me tell you, I felt safe! 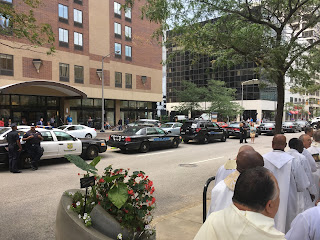 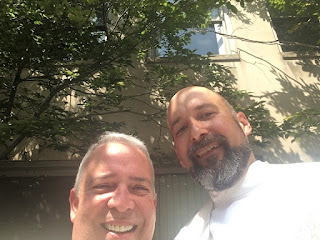 It is a shame that we live in that kind of world that we have to take such precautions.  But we made it in safely and enjoyed the celebration. 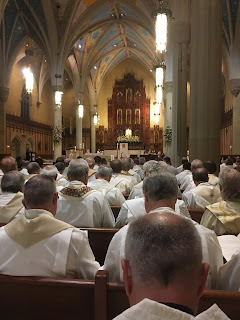 Thanx for the article and pictures! I was unable to watch on TV, but I did listen to Mass on WILB here at work.

I have to say, that picture of you and your brother priests looks, with the dark sunglasses and hats, like you all belong to the Vatican Mafia! But you all look very dapper. You represent us well.