WHEN DEATH IS BORING

Don’t worry - there will not be any spoilers beyond the obvious in this post. 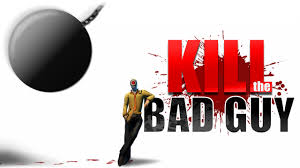 So recently I viewed another extremely popular movie and was left a bit empty at the end.  I enjoyed the movie even with some of its more than obvious flaws, and people are praising it for its handling of mercy and vengeance . . . but I think . . . eh.

Here is why:  My cousin once said to me, “The worst thing you can wish on anybody is that they learn.”  That is, what a terrible thing it is to discover that your actions that you formally thought of as justifiable or even good are suddenly revealed to you to be abhorrent.  It is like waking up the next day after tying one on and realizing that you had been an absolute jerk to everyone and thoroughly embarrassed yourself.  Now you have to live with it and clean the whole mess up. 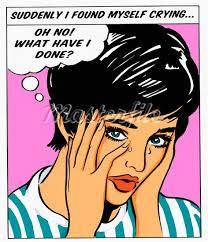 Hollywood, for the most part, does not operate that way.  What is the ultimate payback?  Death to the bad character.  The evil one goes around creating havoc and destruction and then, at the end, usually at the hand of the good guy, the evil guy is destroyed in some gloriously colorful fashion, (usually to rise again after not being thoroughly killed, only to be killed again - not unlike Saint Sebastian.)

The mentality in this thinking is rather medieval.  There was the practice of not permitting someone who has committed a rather heinous crime the sacrament of confession.  The thought was that, not only will they be punished in this life, they will be punished for ever in the next because they were never able to confess and receive absolution.  It was thought to be the ultimate of ultimate punishments though, as you and I know, the theology has more holes in it than a window screen. 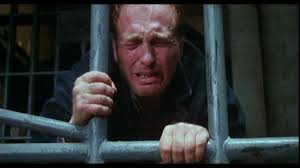 In Hollywoodland, there are two rare exceptions to this mentality.  One is a superhero villain that must live because he needs to come back for a sequel.  The other is the even rarer case of someone coming to grips with either how evil they are and find they have to change, or have to face the consequences of their actions such as in the movie The Shawshank Redemption when the antagonist that *ahem* took advantage of the main character was beaten to a pulp because of what he did and would spend the rest of his life in a wheelchair sipping his steak through a straw and knowing it was because of his own inappropriate (to say the least) actions. 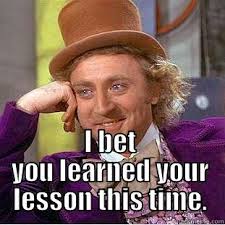 So the bad guy gets blown up - lassered - shot - crushed - vivisectioned - WHATEVER - so what?  It’s just over.  There is no horror of realizing the depravity of their actions, there is no guilt, there is no consequences to be lived out, nor is there any chance of redemption (which is part of the reason we are generally opposed to the death penalty.)

I would like to propose that, except in certain cases, this “easy ending” to a movie is neither beautiful nor satisfying.  It is unimaginative and unedifying and the story teller does not give the viewer anything to use, process, or contemplate.  It points to nothing and in the end is selfish.  “We don’t have to share the world with that creep anymore.”
Posted by Fr. V at 7:48:00 AM