THOSE WHO LIVE IN STONE HOUSES SHOULD NOT THROW GLASS ROCKS 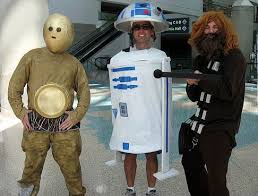 “Please stop talking in Church before Mass.”
“This is the Body of Christ.”
“Your sins are forgiven.”

NONE of these statements raised more eyebrows, caused more controversy, or or were met with more unbelief than when I said this in my homily:  “I HATED the new Star Wars movie.”

Most of the corniness and melodramatic acting I could put up with and, in fact, liked.  I didn’t mind (what I considered) giant holes or none-continuities in the story line.  I didn’t even mind the whole-sale trashing of the laws of physics NOT THE LEAST of which was putting AN ENTIRE SUN INSIDE A PLANET (*ahem*) and not even so much as altering one iota of gravitational pull.  (My Mother, God bless her soul, always complained that I over-analyzed movies.  She never met Fr. Pfeiffer!)  But really, I was Okay with that.

What was the laser blast that broke the X-fighter’s back was what a professor at the seminary used to call an, “unearned ending.”  I suppose because the heroine of the movie was a sad orphan on a horrible planet with a crumby job, we were supposed to be very excited that she saves the day and rises to prominence.  But really, what did she do to earn the role?  Was there a lengthy process of learning how to deal with the power that needed to be developed in her?  Where her boundaries tested?  Did she have to face hard knocks as she developed her knowledge, skills, and strength?  Was she even surprised?  I picture her ending up on French Canada lost with her friends and suddenly being able to speak French and thinking nothing of it.  “Wow, I can speak French!” 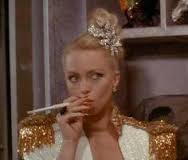 INSERT - BEST GOLDIE HAWN QUOTE EVER:  "I speak French! Do I know what I said? Yes I do. I must've learned in Paris"


She masters this awesome power, knows her way around, understands and can manipulate advanced machinery (the size of a planet) without even really thinking about it.  She can do all and knows all.  She is a demigod.  It would be like LeBran James playing basketball against a bunch of 8th graders and we are supposed to be all excited that he won. 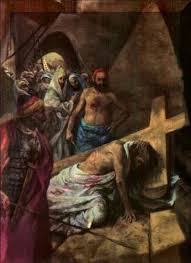 Think of the life of Jesus Christ.  What if He, as God, didn’t come to be like us in all things but sin, but was also incapable of pain, could destroy His enemies by saying the word, had the strength of - well - God - so that carrying His Cross meant nothing nor could He feel pain  Then when we faced hardship and pain and someone would say, “Think of Christ,” we might respond, “Yeah, but He was God.  He didn’t feel pain, didn’t suffer doubt, and had the strength of a thousand giants.  Who cares?  If I had that going for me I could withstand all things too.”

The movie, for me, was the equivalent in the faith life of Bonhoeffer’s cheap grace - all of the benefits with none of the work.  It was a mediocre story well told, but it left me empty.

On a side note, having this discussion with some die hear Star Wars fans, I was told that something could come up in a later movie like she was fully trained but then had amnesia and was abandoned on this planet until this story picked up at which point it all came back to her.  We shall see.
Posted by Fr. V at 8:02:00 AM

I would agree that if the story was just that she is a natural, then it would be lame. However I do not think this is the case. I have heard the amnesia theory, Force-induced or otherwise, and it makes a certain amount of sense. The other theory is that she was being guided and influenced by the Force itself, which is hinted at a few times in the movie. We will have to wait and see how it pans out.

Ancient Greek and Roman plays used to solve unsolvable dilemmas by lowering to the stage a “god” in a basket, via a crane (hence, “god from a machine”).

I'm not a big Star Wars fan, but the family is so I tag along.

However, "Overboard" with Goldie Hawn is one of my all time favorite movies. I watch it whenever it's on the t.v.

Yes Father, You are correct. YOU'RE GETTING OLD! Welcome to the club.
What you need is some Barberton White House Chicken. You'll see the world differently.

Ok. Read the novelizarion. It explains it a bit more nerdily. I loved the novel. At least explained what was going with the Starkiller base. It wasn't the sun energy, it was dark matter. At the risk of sounding totally too invested in the debate, the novel fills us in that Rey had some barrier in her mind that was planted. Doesn't say who or how but that it was there. And the rest is in it too. It's setting up the next films.

the 'leave your comment' page should be discarded from adams ale