TUESDAY QUOTE OF THE WEEK CCCXXXIII

FINDING TRUTH WHEREVER IT MAY BE FOUND:  "Most things don't stay the way they are very long.  Knowing this, however, does not make me cynical.  Cynical means believing that good isn't possible; and I know for a fact that good is.  I simply take nothing for granted and try to be ready for the change that's soon to come."  from Richard Ford's "Canada"

QUOTE II:  "I'm intrigued by how ordinary behavior exists so close beside its opposite . . . Some people want to be bank presidents.  Others want to rob banks."  same source 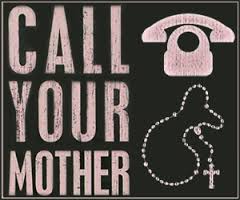 What do you think of the white background?  I have no idea how that happened.  Such is the case with most of the changes on this blog.  All of a sudden the header is smaller and I don't know why.  It really is time for a makeover but I barely have time to make a post most days.

A couple of people sent a news item in about busses on the way to the Right to Life March in Washington D.C. sidelined on the highway because of the weather and the students creating an altar out of snow and having their priests say Mass for them.  (Let me guess, you didn't read about this or ANY news about the Right to Life March in your local newspaper even though hundreds of people from this area go.)  Read more HERE. 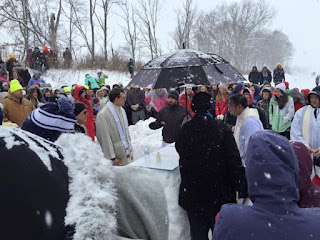 I walked into the office of St. Sebastian's Academy of Culture and Arts and saw a small army of mountain dulcimers.  "How funny," I said, "Someone just sent me a video of someone playing a dulcimer."  Turns out that the two are connected.  The instruments were donated by the person who sent me the video to give me an idea of what they are.  Now you can know too!


If you want a digital copy of our diocese's new magazine go HERE.

Ed sent this video about our society's crisis concerning masculinity.  For example:  "By the time a boy turns 6 years old he will have spent more time watching television than with his dad for his whole life."  Ten and a half minutes.
Posted by Fr. V at 7:59:00 AM

Thanks for sharing the photo of the blizzard Mass. My husband was on a bus with the Students for Life and Newman students from UA (his bus was cancelled, but the students knew my husband from St. Bernard and the K of C so they graciously welcomed him to their bus - he and the driver were the only geezers on board!)

They left Washington at 2:30 PM on Friday, stopped in Breezewood PA for a quick meal and gasoline around 6:30, and promptly got stranded between Bedford and Somerset PA around 9 PM Friday night, along with miles of other buses, cars, and trucks. Saturday morning, they got word that there were five priests in surrounding buses who were going to concelebrate Mass at noon. Students from the vicinity got together and built the altar of snow. Fred and the UA students were fortunate to be near the front. He says there were hundreds of people in attendance! It was beautifully and reverently prayed, and Jesus was definitely there in the blizzard with them!

Meanwhile, all of us at home (Secular Franciscans, St. B prayer chain, St. B Divine Mercy Cenacle, parents, friends, and our good parish priests) were praying our brains out. They only had a few granola bars and bottles of water between them, but they remained in very good spirits and made themselves useful by helping to dig out cars. They were a real joy!

For whatever reason, the PA troopers told their driver to get on the narrow emergency lane they had plowed for police vehicles and EMS and exit to US 30 around 9 PM on Saturday night. After passing many vehicles that were ahead of them, they exited and made their way beyond the blizzard. They finally got home at 2 AM on Sunday morning, and were very happy to see St. Bernard and UA at the end of their long journey!

THANK you for that.

Absolutely, Father! I am so proud of Fred and these good students. And I am very grateful for our good priests, ours at St. Bernard and our cluster neighbors at St. Sebastian and St. Vincent! - Sue

Father - I read an interview with Fr. Patrick Behm of Iowa (Akron, Iowa - how's that for coincidence!), who was the main celebrant of the Mass. He says there were at least 500 in attendance. Pictures of the Mass and a very short video can be found at www.churchpop.com God bless you! - Sue