MONDAY DIARY: ALMOST EXCRUCIATINGLY TRUE STORIES: WHEN IN DOUBT, THROW IT OUT.

Another danger in being a guy and never being married is that, unless you were a cook in a working life before ordination, your kitchen skills pretty much end at a college level. 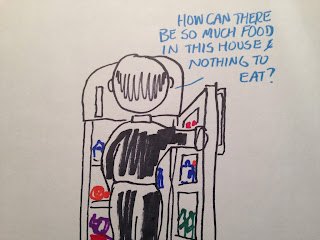 I used to argue at the seminary that they should have classes on such things as cooking.  And if you see what horrible things happen when I am in charge of laundry, it might not be a bad idea to a class on that too. 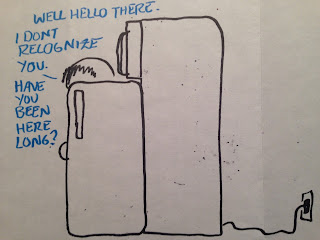 We are extremely, wonderfully, absolutely blessed to have a small army of people who cook for us at St. Sebastian.  I know, I know, I know - believe me my Father used to read me the riot act.  I should grow up and take care of myself.  But if I were left on my own in the wild, every meal would consist of a salami sandwich. 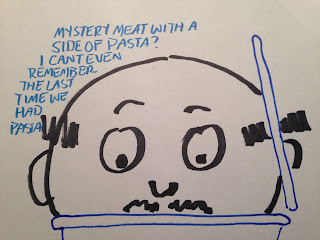 A seminarian came over recently and gave me a dressing down for having some meat in the refrigerator that was ending its life span before he left after Christmas vacation.  I pointed out to him that we were still well within the 5 week rule.  He kindly pointed out that it is actually a 5 day rule.  Who knows this stuff? 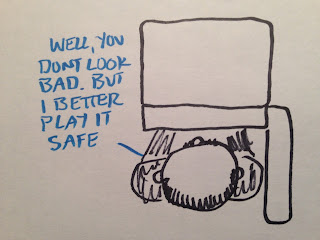 Anyway, shouldn't microwaves kill anything bad?  Nothing goes through a microwave and lives.  Right? 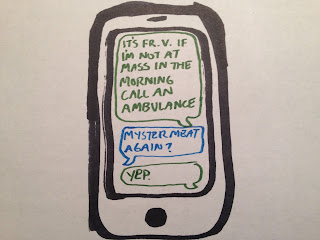 Every time I stop by the rectory to drop something off or pick up dishes, I try to triage the fridge. My guess is that I'm not the only one. Imagine how much worse it could be...

Maybe masking tape and a sharpie by the fridge to put a "Eat by" date on the food before they go in?

But you know......life has to have some excitement!

What's the five day rule? I've heard of the 5 second rule but I am guessing this is different.

That scares me. You mean - it would be WORSE except for the likes of people like you?

After 5 days - throw it out. I just can't do that however. That is the recommendation of the health department but I think they are in cahoots with the food industry to get us to buy more food. (I am just kidding.)

Another difference between boys and girls.

If women were discussing when food should be tossed, they would all start the sentence with "My mother....."

Men bring up the health department.