Thanksgiving is no longer fresh in any body's mind including the editorial staff of Adam's Ale.  But we have these cartoons left over (which lasted longer than the turkey) and now that the gist of working with blogs and pictures has been worked out, it seemed appropriate to bring the left overs out of the freezer and see if enough of the day can be remembered to make it worth while (or should we save the calories and just throw them away?)
For the third year I have hosted Thanksgiving at the rectory for one branch of the family anyway.  Don't get me wrong - I don't cook.  I am responsible for setting the table and keeping people's glasses full and that is about the extent of my responsibility.
My brother-in-law is the cook.  Normally a very accomplished cook.  He and my sister live in New York and they came down to celebrate with us and he decided that he would make the turkey which was just fine by me.  So I get a text on Wednesday: 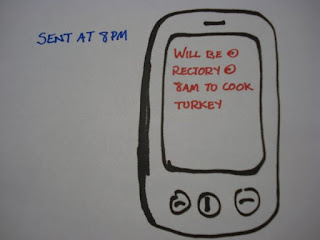 Now I know Don.  I am sure he had every good intention to be at the rectory at 7:59AM on Thursday morning to start cooking and I did get up to make sure the doors were open and the lights were on just in case he actually showed up.  But every year he decides to do something else and as an after thought thinks to tell me.  (Not that I have a problem with this whatsoever.  The turkey eventually makes it's way to St. Sebastian and that's all that matters.)  So it is after Mass and there is still nobody in the kitchen cooking and I am not terribly surprised when eventually I get this text: 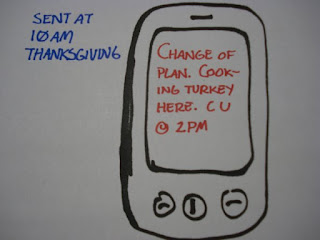 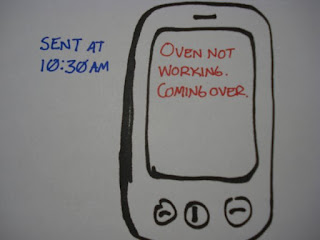 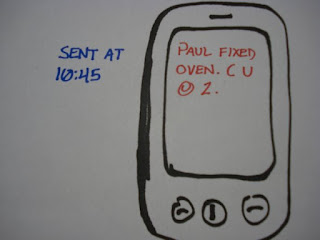 Okay.  I was surprised by this one: 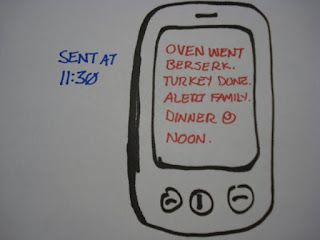 My nephew Paul got his grandpa's oven working all right - but it acted like a blast oven.  It actually burned the oven mitts when they took the pan with the turkey out.  The 25lb beast was done in half an hour and I got a frantic phone call that dinner was being moved up by hours and we all needed to be at the rectory and eating ASAP. 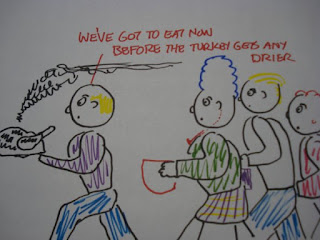 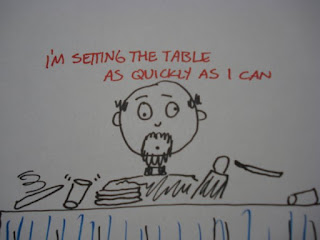 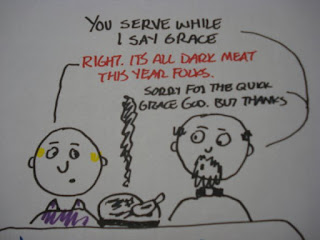 After that it was hard to slow down and appreciate the meal. 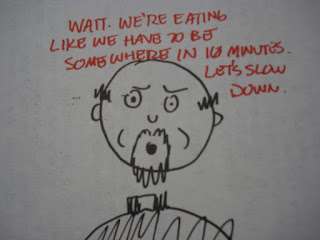 But in the end, the results were exactly the same. 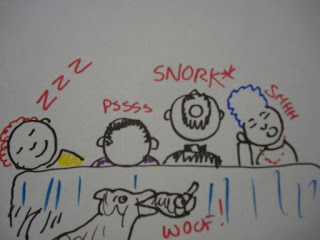