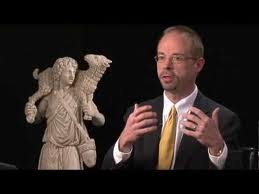 Happy octave of Christmas!  As the clock clicks away toward the beginning of a New Year (and since the latest prediction of the end of the world was yet again so disappointing) we might as well start looking ahead.  The following three topics are “Catholic stories to watch in the 2013” according to John Allen. 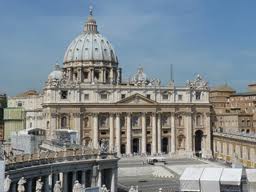 BEING DIPLOMATIC:  What will be the metal of the person sent to the Vatican as our diplomatic representative by President Obama?  Whoever it is that is picked will be very telling as to how seriously the Obama regime values a relationship with this city-state.  On the one hand it could be handed as a reward to a Catholic that helped get Obama re-elected – someone with little power and no real agenda.  Or it could be a heavy hitter that shows that the United States is serious about working with this small but powerful entity to bring about good in the world.  Only a deeper trek into 2013 will tell where this story will go.

FREEDOM:  Religious freedom will be heavy on the minds of Catholics this year.  We might have our feathers in a ruffle because we cannot have manger scenes or where crucifixes but that is not what is raising eyebrows at the Vatican.  Granted, these are sad things but we miss (in our little bubble as we tend to be in the United States) that in many places people are afraid of losing their lives over their faith, not just a paycheck.

According to the International Study on Human Rights, 80% of all violations of religious freedom are against Christians.  (Not something you hear in the news, huh?)  The PEW Foundation reports that 137 nations report religious harassment, and Aid to the Church in the World, a Catholic Charity under the direction of the Holy See, reports that 150,000 people are killed each year for their faith or for carrying out charitable acts in the name of faith.  This will be on the mind of the Vatican this year.
GET YOU PROGRAMS HERE:  One of the things that drove me nuts during the papacy of Blessed John Paul II was the decade’s long reports on how frail and near death he was.  We should all be so blessed to have been able to work as hard as he did in our good health as he did in his poor health.  He was like a candle you couldn’t blow out.

Well, the same reports are starting to circulate around about our current pontiff.  Names are already surfacing about who might be the next pope.
It was difficult for me to think of having a new pope when JP II died.  After all, he was elected pope when I was in junior high school and continued to be pope well into my priesthood.  It seems like Benedict is just getting started in comparison.  None-the-less, names are already surfacing.  Who will be the next Vicar of Christ – who are the shining stars that are put forth?  Chances are we haven’t the slightest clue who it will be but that doesn’t stop people from having fun giving a go at predicting.
Posted by Fr. V at 8:25:00 AM