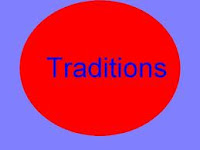 people define. It is the world “traditional.” It is another one of those words that everyone thinks everyone else is on the same page about but rarely is this true.

Here is an example: A family comes in the plan the funeral Mass for a relative. When we get to the music they say, “We don’t care. Just make it traditional.” Now, I had a whole list of songs in my head that I was th 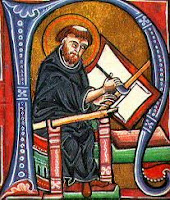 inking of suggesting to our music director to have ready for this funeral all of which were written long before my great grandparents were even thought of. But then they said something that did not seem to quite correspond with what I was thinking and so I asked, “Can you give me at least one song that you would like to hear so that I can build around it?” 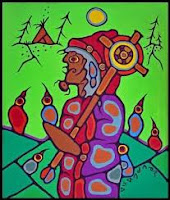 umbrage that anything as young and vital as me can be labeled “traditional” as if “On Eagles Wings” were sung by the Church Fathers over the graves of the early martyrs down in the catacombs.

I don’t know why we are so poor at making sure we are all on the same page when using such words. It is much different in the food world. We define things with a fine tooth comb there. I say I don’t like fish. Someone will invariably ask, “What about shrimp?”

“I don’t like anything that comes out of the water.”

“I bet you haven’t had it the way that I make it though. You can’t even tell that it is fish!”

“If my cow fell into the pool before it was turned into hamburger I won’t eat it.”

“How about crab cakes.”

“That would be correct.”

We should be so clear when we are discussing matters of faith.
Posted by Fr. V at 7:27:00 AM

Email ThisBlogThis!Share to TwitterShare to FacebookShare to Pinterest
Labels: humor

In our family we have oyster stew for supper on Christmas Eve . . . it's traditional.

Sometimes Protestant Fundamentalists accuse us Catholics of following "the traditions of men."

Father, would you attempt any catechesis if a family requested "On Eagle's Wings" for a funeral?