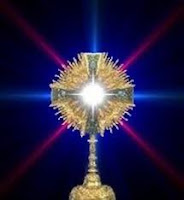 as 40 hours though ours was somewhere in the 50 hour range. It was a great turn out – better than I expected. There were a good number of people spending time before the Blessed Sacrament at all hours of the day and night over the course of three days.

Since people were going to be in the Church at night the alarm system was of course turned off. Or so we thought. The alarm company assured us that it was and so it was the first night. Not so the second, not so! In the middle of the night Sebastian started baking like crazy – always a sign that I should get out of bed and attend to whatever it is he is barking about. He has never led me astray. But this night I was zonked and told myself that it was probably just the parochial vicar wandering over to the church to see that everything was fine and perhaps making a holy hour. 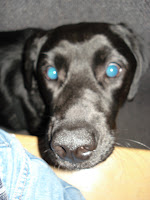 It turns out that the silent alarms had gone off and there was a security guard pounding on our door. Later we would find out that there was some sort of mix up with codes coming from the security company. From what I hear the security guard was going to close down the event – push everyone out and secure the building. I guess I am happy about that in one way but for Eucharistic Devotions it would have been a disaster. Fortunately there was a staff member there making a couple of holy hours. He took the guard aside and showed him the bulletin that explained what was going on and that the church would be unlocked and so he relented – unhappily.

So this was in the back of my mind when I went out to breakfast with a priest friend of mine on Wednesday (my day away.) A gentleman approached and said with a note of concern that he had come to the church that morning to make a holy hour at 3AM (God bless him!) but had found the church locked. I felt horrible. For someone to make that kind of effort to get out of bed at such an hour (the way I didn’t the night before when Sebastian was barking) only to find the doors locked was 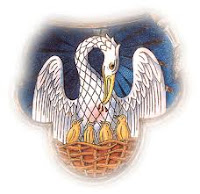 disappointing to both of us.

Odd though that no one else said anything about it. “Did you see the signs that directed people to the one door that was unlocked? “ We had locked most of the doors for security reasons. “Yes I did,” he said, “and I felt terrible that the Eucharist would be unattended at that hour.” So did I.

Then I realized it was Wednesday and that Eucharistic Devotions were over on Tuesday night! We had a good laugh – I assured him that the effort was surly noted by God – and he picked up breakfast!

Someone asked what is the difference between the Eucharistic Adoration we have on every Tuesday and the that of 40 Hours of Devotion. In actuality there is not a lot of difference. The 40 hours represent the time Jesus spent in the tomb and the community comes together to dedicate a collective forty hours with Christ to praise, adoration, and thanksgiving. There is a kind of special “push” to get more people involved than would normally attend. We dedicate this amount of time when Christ was abandoned and left alone in the tomb. Special prayers and other celebrations are often had to focus the parish on making Christ the source and summit of the parish.
Posted by Fr. V at 8:33:00 AM

I never knew why it was called 40 hours. Good to know!

I have to say that while I understand why churches are not left unlocked 24/7, it saddens me that I cannot go sit with God at night.

My old parish had perpetual adoration, and I miss the ability to just drop in even when I was not covering my hour.