Just in time for me to get away for a couple of days Fr. D. sent this post in! Thanks D! Your timing is impeccable (and your writing, as always, is fantastic.)

Rock stars have always intrigued me. In third grade I read my first book about Bruce Springsteen. Two years later I wrote a book about him. In eighth grade I dressed up as Axl Rose and sang a song I composed about Earth Day in front of the entire student body at I

ncarnate Word Academy. My sophomore year of high school the topic of my informative speech was: “Guns N’ Roses; The Men Behind the Music.” When my mom and dad weren’t around, I’d tune in to Mtv, and Mtv News was always my favorite segment. I wanted to know about the man behind the guitar, the woman behind the microphone, the story behind the band. Some things never change.

I bought a subscription to Rolling Stone magazine when I entered the seminary after high school graduation, and seven years into priesthood, I still look forward to my issue every other week. I’m not as hip on the music scene as I once was, but I am charged with teaching seminarians philosophy and assisting in their human formation, so I figure it’s pretty important to keep my finger on the pulse of the culture, especially considering the major role that music plays in forming young minds and hearts in our millennial world. 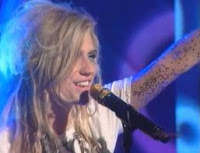 Recently I came across an article by Austin Scaggs about a 23 year-old pop star named Ke$ha, who is a big hit with the kids. She’s a tall woman with dirty blond hair who parties like a rock star, because she is one. When I mention her name to a seventh grade daughter of a close friend, she squints her eyes and sings to me, “before I leave, brush my teeth with a bottle of Jack.” Why twelve year olds know the lyrics to every song on the radio but fail to know the cardinal virtues, the corporal works of mercy, or the ten commandments is really a shame, but it presents a invaluable lesson: pop culture matters. And like it or not, Ke$ha matters too.

Like so many pop stars, Ke$ha (born Kesha Rose Sebert) grew up in a less than ideal home. Her mother wanted a baby, and she wanted her baby to be a Pisces, so she “went through the necessary ways of having a child,” and Kesha came to be. She has never met her father, and probably never will. Concerning the situation she states, “I don’t obsess about it. Maybe I’m in denial. Maybe I need a therapist. But I had a complete childhood. I don’t feel like I missed out on anything.” Today Ke$ha considers her mother to be her best friend, but the way she describes her relationship with her mom makes me think she’s really never had a mother either. 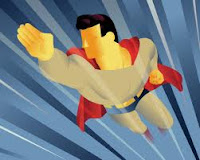 e our models and heroes, exemplars for young people to imitate. Philosophers from Aristotle to Max Scheler have argued that a key element to the virtuous life is to have living breathing models of virtue, good examples of what it means to be human, so that by acting like them, we too can become virtuous. (Of course, this is precisely the role of saints in the Catholic tradition.) But what happens when the only models our culture elevates are those of vice? What do we do when Ke$ha has more influence on young minds than our faith tradition?

Near the end of the Rolling Stone article, Ke$ha confesses, “My last boyfriend smashed my heart into a million pieces.” Everyone knows what it’s like to have a broken heart, and it’s never a pleasant experience. At some level, each and every human being desires healing, wholeness, restoration, and redemption – Ke$ha included. This is what makes her following admission so telling: “I’ve had no father figure, and I had finally trusted 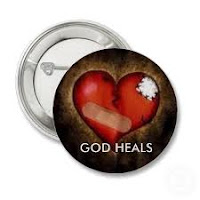 a man. If I were to get involved with another guy, he’d have to be pretty much the Second Coming.”

I doubt that Ke$ha realizes the depth of her theological insight, but it didn’t get past me. Like Augustine, somewhere in the deep recesses of her heart she knows what it is that her heart longs for; she wants the love of Christ. We all do.

Catholic journals and websites are places where you would expect to find deep theological reflections, but sometimes it’s even more fun to find them in the pages of a Rolling Stone.
Posted by Fr. V at 9:26:00 AM

Fr. D., You write well. Thank you for these insights.

Does anyone remember "Eminem?" He was the product of a broken home: a dysfunctional mother and a father who abandoned the family. His songs scream anger at adults who do not take care of their children. His fans buy his music because perhaps the lyrics say what they want to tell their own parents.

These young people feel alienated and have homicidal and suicidal thoughts themselves.

Papa Roach, Everclear, Blink-182, Eddie Vedder/Pearl Jam, Kurt Cobain/Nirvana, plus a lot of black rappers: What kind of homes did they have? It wasn't in the style of Ozzie and Harriet or Ward and June Cleaver.

Pope John Paul II, as a young man in WWII Poland, used theater to try to save his nation's culture even as some of his fellow Poles fought the invaders with weapons.

At an Ad Limina visit with U.S. bishops, Pope JP II asked Bishop (now Cardinal) George, "What are you doing to evangelize the culture?"

Who is Father D ?

Very well written. I'm glad you made it alive through your interest in the rock-n-roll lifestyle. Many do not. Rock seems almost quaint compared to lyrics found in rap and hip-hop today. I won't have much of a problem with either genre if it wasn't forced upon me at every gas station, grocery store, and restaurant I enter.

It is worrisome if a priest who is in charge of the formation of seminarians is teaching them through rock-n-roll stars. He should be teaching them, and all of us, about the Communion of Saints and the Church Triumphant, the Church Militant and the Church Suffering. Maybe that is why the seminaries are still almost empty. Maybe Our Lord doesn't want to call men into that type of teaching environment.

I disagree with the last post. FD is a very sincere and holy man. He is strong in his message of faith and teaches the core messages.

As a member of St. Mary's in Hudson, I had the pleasure of hearing and seeing FD on a regular basis. He CONNECTS with people of all ages and levels of faith. His use of modern culture gives direct connection for his young audience. That is one of the major reasons St. Mary's has 8 current seminarians. Yes I said 8 from one church. To me, that speaks volumes that his message (and the ripples it continues to make) are spot on

We must all remember that it is Jesus Christ that calls each one of us to our vocation, not any one else. I know that people in our life can influence us greatly, but sometimes that is more confusing to us than helpful. The best way to find out what Jesus Christ created us to do for Him is to be with Jesus Christ. We all should be spending as much time as possible in adoration with Our Lord Jesus Christ, in addition to frequent reception of the sacraments. I find it to be interesting that we all profess that we want to be with Our Lord in Heaven for all of eternity, yet most people won't even spend one hour in adoration with Our Lord in the Blessed Sacrament.

Anonymous said...
This comment has been removed by a blog administrator.
Thursday, March 03, 2011