GOD WILL SEE YOU NOW

There is a danger in extremes. One place where we readily see the 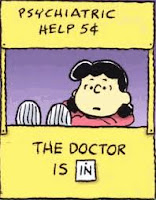 damaging results is in religious education. One danger is in learning so much ABOUT God and faith that a person fails to be in a relationship WITH God. The other extreme is to focus so much on relationship WITH God that we fail to impart KNOWING God in any meaningful way.

One of the struggles we face today is resulting from the general tendency over the past few decades of emphasizing God’s love of us at the expense of teaching what that love entails. As a result we have adults passing on faith to children that is largely therapeutic. According to information from the National Federation for Catholic Youth Ministry, in the National Study of Youth and Religion, Teenagers “tend to espouse a religious outlook that is distinct from the traditional faith commitments of most U.S. religious traditions – at outlook that can be described as ‘Moralistic Therapeutic Deism.’”

Here are the basic beliefs and traits of such a view of God:
1. God exists.
2. God wants people to be good and fair to each other.
3. The central goal in life is to be happy and feel good about oneself.
4. God doesn’t need to be particularly involved in one’s life except when He is needed to solve a problem.
5. Good people go to heaven when they die.

As a list it is anemic, nebulous, as well as having some poor theology. It is poor in the 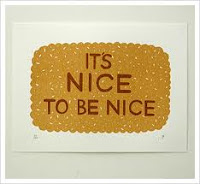 ology as far as having a “Santa Clause” idea of God. When we want something we call on Him. There is no idea of being in a relationship with Him (or the idea of sacrifice) and as we know true relationships involve much more than banging on the door when you need something. It is nebulous as to what exactly it means that God exists for example or that we are to be “good” to each other.

Parishes, parish schools, CCD programs, adult education, sacramental preparations, and programs in general are not designed to hand on the faith. They give help give some direction, knowledge, and inspiration in the faith, but the primary place faith is passed on is in the home. The Church recognizes this from an infant’s first moments in the faith. Right after the baby’s baptism the parents are blessed with the acknowledgement and prayer that they will be the first teachers of their children in the ways of the faith; may they also be the best of teachers by what they say and do.

What can you do? Of course, first model the faith. Pray. Pray with your family. God to Mass together. Do service hours together. Talk about the faith. Look at the above. You know that some things are missing. You may not know every detail about a certain sacrament, you may not know the difference between the first and second judgment, you may not know how many books exactly there are in the Bible, but you know far more than these five weak points and that’s a place to start. And if your kids or spo 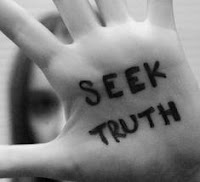 use ask you something you do not know look it up! That way you both learn something.

We have an uphill battle to not lose another generation the a therapeutic idea of God. But it is not an impossible one. And it need not happen in your home at all.
Posted by Fr. V at 10:33:00 AM

Right after Vatican II, in the late 60s, and for me personally, right between 4th and 5th grade, the catechesis just stopped. In 4th grade in my little Catholic school, we learned about the old testament. In 5th grade we sang George Harrison's "My Sweet Lord" at mass and made burlap banners about butterflies and Easter.

The emphasis then wasn't on the parents being the educators. The emphasis was put to my folks that if they wanted to be good Catholic parents, they paid the tuition for a Catholic education.

The trick then is to have us uncatechized parents, pass on what we didn't get. Not an easy task.

I'm so glad I graduated from Catholic grade school in 1965. I may have been "over-catechised and under-evangelized," but when I was given the grace of spiritual renewal in the mid 1980s, all of that catechism came alive. Then, I was able to build upon it and add to it with the renewed emphasis on Scripture to which I was introduced. It really helped me to teach the faith to my son.