HOW COULD GOD DO THAT? 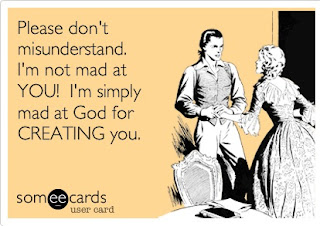 The good thing about being mad at God is that it is evidence that there is still a relationship there.    One cannot be mad at someone with whom they are not somehow still connected.  The opposite of love is not hate (or anger) it is indifference.  Indifference is a total lack of concern or care (or even thought!) for the other.  They might as well not exist.  Anger means there is still something to be redeemed and healed.

The first question to ask is, “Is being mad at God legitimate?”  When the wheels fall off in life it is so much easier to have someone (or Someone) to blame.  It happened because of THIS PERSON!  ARG!”  When it is difficult to place it on a person (or we don’t want to face that we might be at fault) and we look around, there is always God Who is a handy target.  “It was the woman that YOU put here with me!” said Adam looking to share the blame. 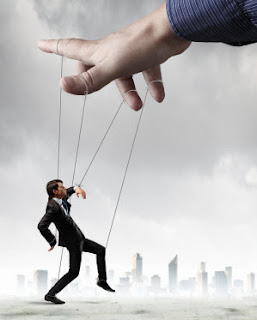 “How could God let anyone get away with that sin in this world?  If I were God I would (zap that person out existence - make so they couldn’t hurt anyone - make the weak strong enough to beat them up . . . )”  But if God took away man’s ability to sin, He would ipso facto take away our ability to love.  If I put a pie in front of you and your worse enemy, you might have the choice to offer him a piece or smash it in his face.  If God takes away the second option and, acting in your nature, you may only give him a piece, then you really can’t take credit for it.  It isn’t really love.  That is why we can say that a squirrel can act lovingly but they don’t really love you.  So if God did not allow people to sin, then we wouldn’t really be able to love either.

If people chose the good and we were less secretive, that would take care of most of the tragedies in the world.  If we were more charitable, we could wipe out hunger, much illness and provide education for everybody.  It is to these things that Christ is constantly calling us and at these things the world is constantly and consistently falling short.  I suppose God could make us do the right things but then we would be a world with everything but love, heroes or saints.


If we were not steeped in original (and subsequent) sin, the world would be about 98% better I think.  That still leaves natural disasters though.  That is not as easy to contemplate.  One answer that is not very satisfactory is that before the fall, man and nature got along splendidly.  After the fall we see all kinds of natural disasters.  When things are set right, the balance will return, (The wolf will be guest of the lamb and all that.)  But I don’t find it very satisfying most of the time.

What natural disasters do provide is the opportunity for man to work with God in bringing relief and healing where some tragedy has happened, to bring aid, to bring comfort, to bring healing, to bring presence.  That is one of the things that I love about the Catholic Church.  While everyone else is rushing to have a presence at any given event, you most likely will find that the Catholic Church has already had a presence there for some time, is helping in time of disaster, and will be there long after the cameras and most others have left.  It is situations like these that help us prove our mettle. 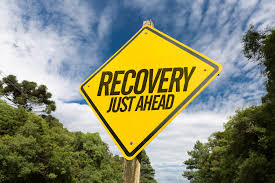 If a typhoon hit St. Sebastian would this be enough to get me through?  It would get me through a lot.  So would having God as a recourse rather than an adversary.  And, even through tears, it would be the idea that ultimately God will take care of me even if everything here was blown to smithereens and me along with it.
Posted by Fr. V at 8:43:00 AM

When I think, "why do bad things happen to good people," I think of Our Lady, St. Joseph, and the apostles.

Our Lady, God's most beloved creation, endured humiliation and "knowing looks" from her friends, and had to explain to her incredulous and horrified parents and fiancé that she was pregnant while at the same time being a pure virgin. And had to watch her Son being sneered at, and ultimately, being tortured to death - for simply bringing the Good News to all he met, and giving comfort and healing to those in need.

Good St. Joseph, with whom God trusted the life of His beloved Son, had to uproot his young family in the middle of the night in fear of their lives - and had to wrap his head around his beautiful fiancé becoming pregnant when he had been an honorable man.

St. John the Baptist, who fearlessly served God and was one of the first outside of Jesus's immediate family to recognize Jesus as the Son of God, was arrested, tortured, and beheaded on the whim of a silly girl, her spiteful mother, and a weak and evil king.

Jesus's most trusted and loved friends, with the exception of St. John, spent most of their lives on the run from the law, and died under torture. They lost their livelihoods, their homes, and their families.

I tell myself, why shouldn't I go through bad times, betrayal by those whom I trust, and discomfort, if Jesus's most beloved family and companions went through even worse? When you think about it, suffering and pain, and "offering it up", is the *only* gift we can offer to the Creator who doesn't need me or anything else.

I know that is a feeble explanation, but it gets me through the unhappy times everyone faces. God bless and protect all here - Sue from St. Bernard