THOSE WHO IGNOR THE PAST ARE SUSCEPTIBLE TO MANIPULATION

Before you read this I want to make very clear that I am proud of my seminary, recommend it, and have great faith in what is happening there.  These events clearly happened in the past and were limited and are only used as an example. 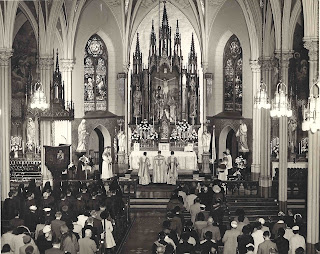 When I was in the seminary, our entire, official exposure to the Mass as it was celebrated before Vatican II was a videotape played in fast forward by a professor who spent the entire three minutes making fun of the Mass with witticisms such as, “Look how funny they look taking off and putting on their hats.”  The clear message was, “Old is bad, only the new is good.”  I seethed with anger.  This was the Mass my parents, my grandparents, well . . . all of my historical family (and the majority of saints) celebrated and grew in sanctity through.  But we stayed silent.  Even attendance at one of these Masses were possible grounds to be removed from the seminary.

Fortunately things have changed.  The problem with this is the ignorance and error that it promotes.  By removing history and our connection to the past, the sole authority becomes the person in power.  As proof of this, even the Vatican II documents were called into question.  If there were something that directly opposed what a particular professor was saying, the answer was not in debating what was said but a justification was made that the portion of the document in question was clearly a “compromise” (RE: the Holy Spirit was definitely not present in this part of the document) and so it could be ignored - not dealt with - ignored.  From there, a person with power can lead you in all kinds of directions in line with or not in line with the Church and their position would be valid until someone with more power would take their place.

However, a Catholic steeped in history, mired in Church teaching, braced by the hermeneutic continuity can only be set adrift so far before the disharmony of his spiritual life and that of the Democracy of the Dead (as G. K. Lewis spoke our 2,000 year shared history of the practice of the faith) helps correct his course. 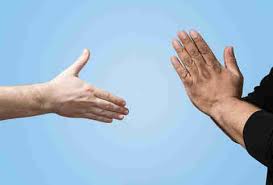 This concept is not just handy, it is of vital importance and here are two reasons why:  Say a set of parents has a child and they have decided not to “force” any religion on their child but rather let them decide for themselves what faith they want to be.  Statistically they will choose either nothing or a hodgepodge of convenient things.  This is because they have no ground on which to stand in order to judge all other positions.  It is all just soup.  There is no traction.  But as Archimedes said, “Give me a firm place on which to stand and I will move the earth.”

The same thing could be said of a study of Western culture.  It is vital that we hand on the culture that has been given to us to the next generation.  As much as it may need “fixing” it has gotten us somewhere.  It is not a marble statue to be handed on and preserved exactly.  It is rather like a clay statue to be improved by every generation.  If it is not handed on, then every generation must start from scratch.  Instead of being handed a clay statue, they are given a formless lump of clay.  This leaves them vulnerable to persons of unchallenged and perhaps unproven power to come along and shape their clay for them and not having anything to which they might compare it, allows for manipulation in the extreme. 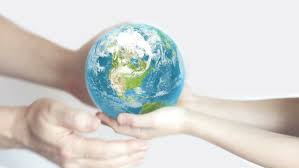 History and culture are not weights to be discarded so that we might be free to have a better future, they ARE the very tools we need to create a better future.
Posted by Fr. V at 9:08:00 AM

EXCELLENT!!! post, Father.
A well-developed point, especially for those who have the opportunity to shape faith formation in our younger folks.
Kudos!

The liturgy of Trent was reformed for good reason and served its purpose for the four centuries during which it was normative. That being said, it is a sad disservice to those ancestors and saints who practiced it that this defunct rite is now being used as just one more mechanism intended to sew seeds of division in the already polarized Church.

Funny, I just ran into that G. K. Chesterton quote a couple days ago and found myself reassured by it.

I know you didn’t mean “G K. Lewis,” but perhaps you were recalling how C. S. Lewis says something quite similar in The Screwtape Letters. The master demon, Screwtape, explains how the powers of hell strategically deceive us so that we reject, and thus forfeit the accumulated wisdom of the ages:

“To regard the ancient writer as a possible source of knowledge–to anticipate that what he said could possibly modify your thoughts or your behavior–this would be rejected as unutterably simple-minded. And since we cannot deceive the whole human race all the time, it is most important thus to cut every generation off from all others; for where learning makes a free commerce between the ages there is always the danger that the characteristic errors of one may be corrected by the characteristic truths of another.”

I also can’t help but think of a related essay by Peter Kreeft on progressivism, which develops Lewis’s notion of “chronological snobbery”; “The only people it is still polite to be snobbish toward is our ancestors, those who can't talk back because they are dead.”

Dr. Kreeft wrote this for a book to help college students survive the assaults on their faith at the typical university. You can read the whole thing here:
https://www.catholiceducation.org/en/religion-and-philosophy/philosophy/progressivism-the-snobbery-of-chronology.html

One of the things I most appreciate about you, Fr. V., is the value you place on the good things of the past and your desire to preserve them. This can be fun when it comes to old clocks, but it can become spiritually elevating when we are talking about beautiful sacred art and music, and a matter of spiritual life and death when we are talking about the timeless truths of our faith.