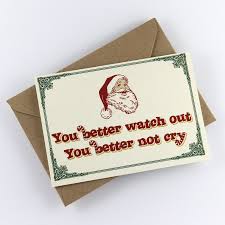 And not because Santa Clause is coming to town.


Recently the U. S. Embassy in Rome has warned United States Citizens to be on high alert if they are in St. Peter's Basilica, the Duomo in Milan, and in general churches and synagogues in Europe.

A friend of mine just went to work at a Jewish elementary school in another state.  Out of concern for extremists, they have hired arm guards to patrol their school.

As a side anecdote, a few years ago a grandpa came to pick his grandson up from our school wearing a police uniform as he had just finished his shift and boy! did I get phone calls and letters, "What?!  Are we an armed camp now?  Are we going to subject our children to such things?"  It was a sad misunderstanding, but maybe not so crazy of an idea anymore.

We are not there, but it is not unimaginable that in the future we will start thinking twice about going to a crowded concert, play, or celebration.  We may become even more homebodies than we already are.  And one will argue whether this is a good thing or not.  "Stay safe!  Stay home!' or, "Don't let them win by staying home!" 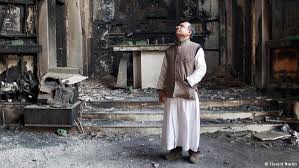 But what about faith?  Will we find ourselves nervous about going to Mass?  Might we choose safety over communal worship of God?  If you ever wondered what it was to be a Christian of old when there was some risk for being Catholic (or of today depending on where you are in the world - there are still martyrs for the faith being made to this very year) you just might get the chance to find out first hand.