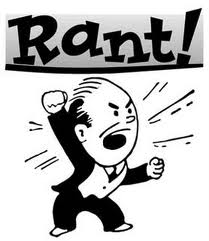 Well . . . today I had planned on patting our local newspapers on the back.  (We only really write about them when we are disappointed in them don’t we?  When was the last time you heard someone say, “Did you read that article?  Not only was it fair and balanced, it was in proper form, with no grammatical errors and I feel a better person having read it?”)  Anyway, I was going to pat them on the back for finally (backhanded compliment there I realize) writing something about the pro-life rally in Washington D.C. where hundreds and hundreds of local residents go each year for 40 years and nary a peep is made of it.  Yes, I would have complimented them even though they persist in labeling the movement anti-abortion, said that thousands were in attendance, (while technically true, the actual number was close to half a million) and that the Plain Dealer thought the article needed to be buried because a front page above-the-fold article on women taking a taxidermy class was more important.  That aside, it was a decent article and I thank them for it. 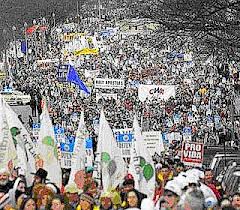 Then the Beacon Journal printed a letter to the editor on Tuesday, January 29th written by Corey Raleigh which the editorial staff entitled, “A Woman’s Decision.”  Seeing it, I pulled my cup of coffee over closer to me, hunkered down, and hoped to find something worth engaging.  Actually I was quite intrigued at the writer’s second paragraph in which (I know both men and women named Corey so I’ll go with the grammatical “he”) he wrote, “Forty years is a long time, and we are still using the tired label of “pro-choice” and “pro-life.”  These labels cannot fully describe the complexity of this issue.”  Intriguing no?  It is true that labels such as these carry 40 years of baggage with them and cloud any conversation with great presuppositions.  (Glimmer of hope in my heart that something of interest might be said.)
Unfortunately the writer then goes on to say that abortion is a complex and emotional issue and therefore nobody can really have a say in it except the woman.  “. . . you should realize that while you may not feel you could support abortion, you could support a woman’s decision.”


So . . . the argument boils down to this: abortion is a complex and emotional issue so only the woman involved can have anything to say about it.
There is no argument here.  What about this issue being complex and emotional has anything to do with nobody being allowed to have a say in it?  (You may have reasons – but according to the writer that alone is enough.)  People face all kinds of complex and emotional situations all of the time.  In fact, I would say that it is exactly at these times that we engage the community, pull in other people who will be affected (in the case the father, the other children, the grandparents . . .) and that we look toward societal norms, and seek advice from those who have gone through similar situations.  Even in a country that holds up the Lone Ranger as the ideal American figure (a sad thing that) we tend toward this notion which for Catholics (and others) is very essential and part of the building blocks of civilization. 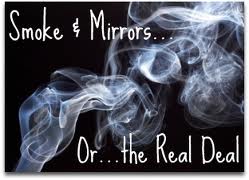 Although suicide is a very complex and emotional issue, it is illegal (at least mostly.)  Alcoholism is a complex and emotional issue.  Cutting is a complex and emotional issue.  But do we say, “No interventions!  This decision has to be up to the individual!  We cannot possibly understand!”  No.  We see that something is clearly wrong here and that the person is not only doing grave damage to himself but to others.  Sometimes in a deadly way.
The point:  Be wary of arguments that are not really arguments.  Taken quickly, one might be moved to silence with a position such as Corey Raleigh’s.  But in truth, there is no real argument here.  It is smoke and mirrors not really addressing anything and not advancing the conversation.

Eric Scheidler (Pro Life Action League) said yesterday in a radio interview that many of the women who are part of the abortion "industry" are hurting from their own past abortions. They work in the clinics or promote abortion as a way to convince themselves that their own abortions were a good thing and that now they are "helping" other women.

Their "private" decision seems to be fueling a very public practice.

The argument that abortion is only about the woman ("My body, my choice") is an outright lie. There are two bodies in abortion. Two. The woman and the child. Pro-abortion advocates will skirt this fact until you insist on discussing it. Then, unfortunately, many will proceed to say "I simply don't care. It's my child and I may kill it if I wish." Their platform then becomes "My baby, my choice... for whatever reason I choose." That's not a particularly complex argument but it's the one I have been hearing more than any other in the recent past. At least it is recognizes the other person involved, although it is almost more evil than denial of the baby. But at least then the argument can return to the heart of the matter... which is about "personhood." The definition of personhood is what defined Roe vs. Wade and is really the only thing that can overturn it.

in addition to the mother and the baby a father is involved . . . not much has been said about the father's involvement