FRIDAY POTPOURRI: THE CONSTITUTION ON THE SACRED LITURGY - or - WAIT! DIDN'T WE GET RID OF THAT?


We are up to chapter three of the first document of the VII and that is only a snowflake in the blizzard of paper work produced by the council (and we are doing the skimmiest of skimmings.)  But trudge on we shall!  It is our Year of Faith duty! 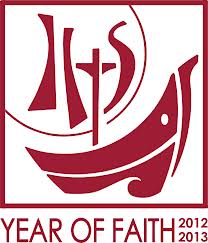 Far from doing away with sacramentals (as many have contended though I think we have worked through that now) the documents encourage them (59 – 62.)  It does ask that they be made more understandable and clear.  The vernacular “can often be of use” in their conferral.
The catechumenate is to be restored which we did in particular in the United States like gang busters.  You will recognize it better under the title RCIA (Rite of Christian Initiation for Adults.)
They document also calls for certain elements of enculturation into the rites in mission countries.
Next comes a long series of calls to update many different rites while not actually saying much about them other than they should be updated.  (Kind of like reading the “begat”s in the Bible.)  Is it not interesting the now-a-days probably most people would not be aware of rites being celebrated any other way than they way they experience them now? 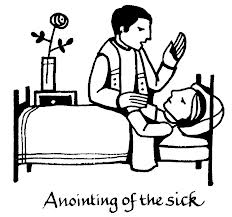 It is also here that Extreme Unction receives its official name of Anointing of the Sick.  Though the theology was basically around since Trent, because of the name it was still dangerously held off until moments before death if you could find a priest in time.

There is a lot here so just a couple of notes:  It does say that priests who live together should pray at least some of the offices together.  Fr. Pfeiffer and I always pray at least Night Prayer (Compline) together every night before the Blessed Sacrament.  Whenever we have guests in the house we invite them and at times pray more of the Divine Office together.  Last night we had the priests from St. Francis de Sales over (since our feast days are so close) to celebrate and we all prayed Evening Prayer (Vespers) together.
To encourage more people to pray the office it recommends that parishes pray the principle offices, particularly Vespers, at Church on Sundays and Feast Days.  I know of very few parishes that do this sadly including St. Sebastian although we do Night Prayer in Lent and Advent and occasionally Vespers as we did for 40 Hours, but this is not to the extent that the documents envisioned.

Does your parish celebrate the Hours to the extent outlined?

My parish celebrates Morning Prayer six days a week! And Evening Prayer periodically (I'd say once a month on average).

We taught a three week "course" in the LOH a couple of years ago, co-taught by a lay person who had prayed the hours for 30 years and an Augustinian brother who had been keeping the hours for more than 50 years.

We started with Sung Morning prayer every weekday morning of Lent and Advent and are now doing it year round. Vespers on Sundays during lent and advent has been added. We have also had a lecture from one of my favorite priests on LOTH and how to pray it.

St. Francis de Sales here in Akron does night prayer every night during Advent, led by their youth, and then on Sunday evenings during Lent.

Also, there is a remarkable new retreat house less than two hours from Akron in Western PA (Cranberry) called the St. Thomas More House of Prayer.

It is "dedicated to the mission of praying and promoting the Liturgy of the Hours. A day in the House is structured around the canonical Hours." Groups and individuals are welcome to come to pray or retreat there, but the one thing that is asked of all who are present is that they participate in the Hours. They have lots of copies of the book of Christian Prayer in their chapel so everyone can participate, and there is always someone there who will guide you in how to pray and use the books.

I've gone on a couple of silent retreats there and it was a great blessing to be able to follow the rhythm of the prayers of the universal Church.

The Thomas More House of Prayer a beautiful, rustic house, constructed with an abundance of lumber from the surrounding forests, in which the house is nestled. There are miles of solitary hiking in the woods. They have an incredible library which includes an abundance of the greatest spiritual works, including all of the hundreds of must-read spiritual classics described in Fr. John Hardon's The Catholic Lifetime Reading Library.

(The Hepler family who built this house was able use such a generous amount of wood in the retreat center because they happen to own and operate the Seneca Hardwood Company, which just so happens to be one of the secular businesses that has sued the government over the HHS mandate. All the more reason to find a way to support them by using their retreat house.)