It was time to start some spring cleaning though not the type about which you might be thinking. 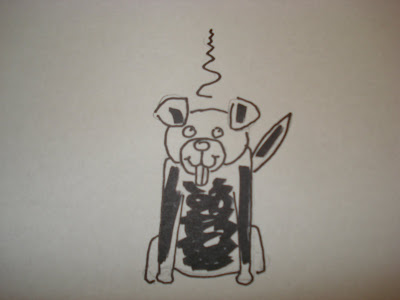 No longer able to roll around in the snow and somewhat keep himself clean, Sebastian was beginning to get a little bit of an aroma about his so it was time to give him his spring bath. Now despite what people might think, I do not do EVERYTHING in my clerics. To begin with they are FAR too expensive to do such things as wash a dog in them so a change of clothes was in order. 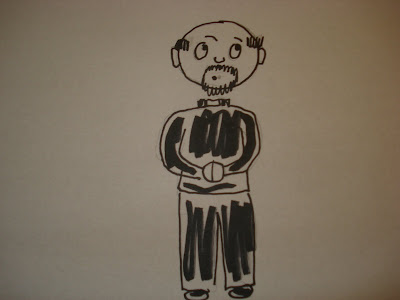 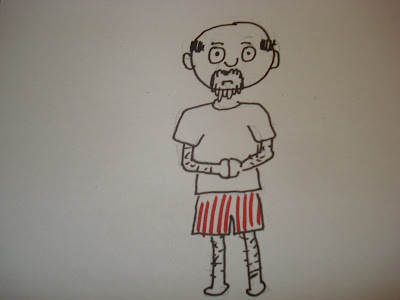 Now, living in a rectory comes not only with blessings but with its own challenges. At more modern parishes often the offices and the living space for the priests are in two different locations. But older parishes were not built for that. This parish built a rectory in 1930 with just three offices, one for the secretary, one for the pastor, and one for everyone else. That was all you really needed. Today we have extra secretaries, deacons, youth ministers, music ministers, accountants, business mangers, etc. etc. etc . . . That can mean that a rectory is chuck full of people often in the living spaces. Such is life. You get used to it though we have moved many offices out of the rectory here.

But still, every once in a while you need to do something in your "home" like wash the dog. Nobody cares if you are walking around in a T-shirt and shorts, but I care. That's just the way it is.

Between my room and Sebastian's bathtub we have to pass before a doorway that is open to a number of offices. So we walk down the hallway and I try to make sure the path is clear before we make a run for it. 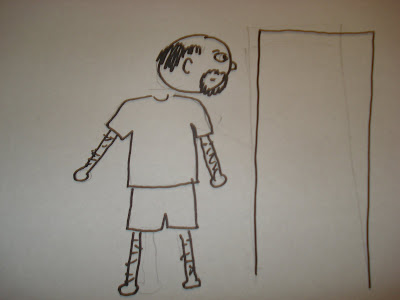 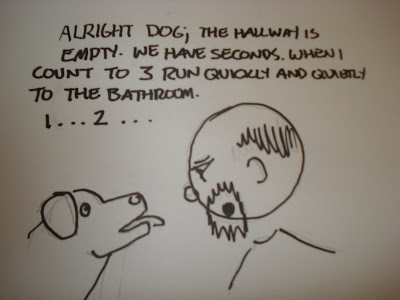 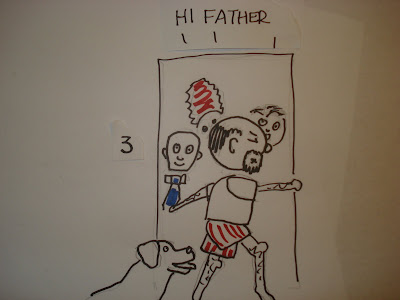 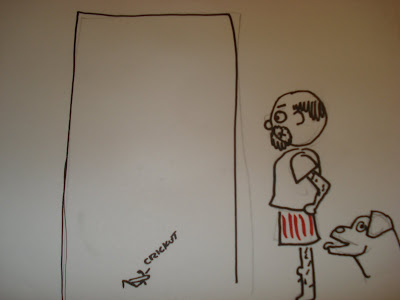 Everyone is very respectful. But when these two worlds collide there are bound to be some unfortunate occurances. Anyway, we make it down to the tub and Sebastian jumps in. Fortunately he loves baths. 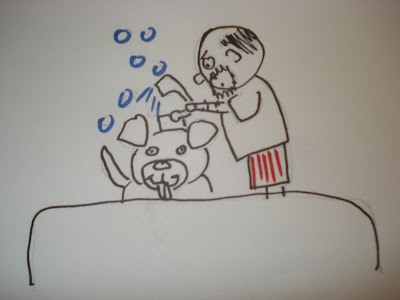 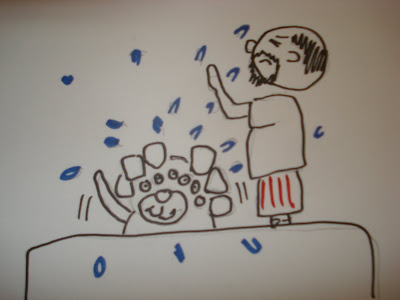 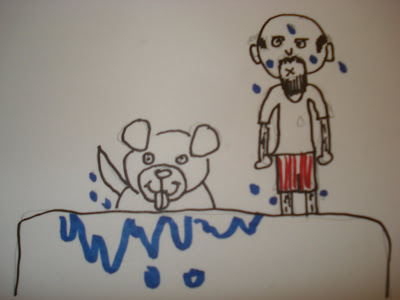 Of course, the process must work in reverse also. 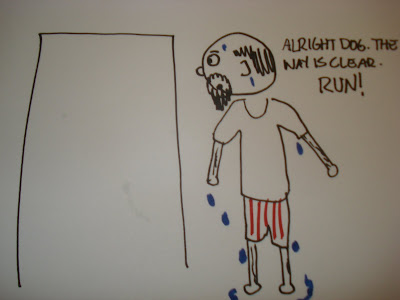 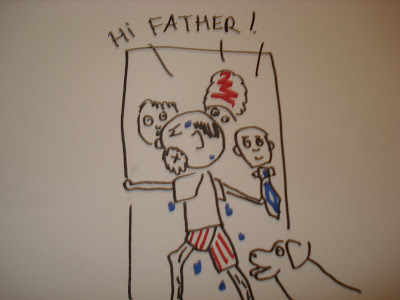 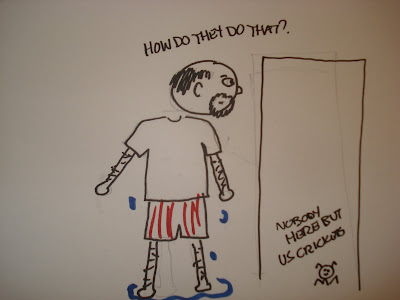 dear fa.v.---in my usual inappropriate way---i must say ,"your legs are kinda cute"---oh dear fellow catholics ---give me a break---what do you expect from some long time a comin home sometimes protestant soul--REVERENCE????????have a great day father, your "etchings" ceeertainly brightened mine---sincerly nancy ulrich,

You're a good sport, Father!

Thanks Padre, I needed the laugh today, the pictures said it all! haha

I think you either need to invest in a pair of shorts that aren't red and white stripes. Having people pop out of nowhere when you least expect it is a lot like being the parent of little kids. Just when you think the coast is clear to eat that last piece of pie or cake suddenly little people appear out of thin air.

I remember one guest priest we had. He had a black female Lab named Dwayne. Every time he had to say Mass, he would lock Dwayne up in the rectory. However, when someone comes into the rectory and forgets to close the door, Dwayne escapes and makes it to the altar where she usually sits by the side of the altar, or at the foot of the presider's chair or even sitting erect by the side of her master while he gives Holy Communion. While it was initially a surprise, in time we got used to it, even comparing Dwayne to St. Dominic's dog or the dog of St.Roch (that's San Roque to us Pinoys)