TUESDAY QUOTE OF THE WEEK: CLXLVI

FINDING TRUTH WHEREVER IT MAY BE FOUND: “Unless you change and obtain the heart of a child, you shall not enter the kingdom of heaven.” St. Matthew (sort 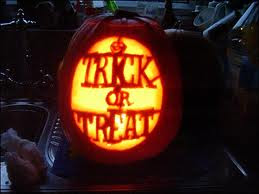 QUOTE II: “I have the heart of a child – in a jar on my desk.” Stephen King (Happy almost Halloween)

Patrick writes in, "You do not want to miss one of the largest Catholic events ever on The University of Akron Campus! We cannot stress enough how important it is to support these young Catholic students on a secular University. Emmaus will be giving seven talks in two nights to reveal the Truth of the Catholic Church. In order to make this an annual event we need your full support. These kids are drastically outnumbered and belittled on a regular basis for being Catholic." For more information go here.

Yesterday this was sent in. It is an hour video of a talk given by Archbishop Raymond Burke. The Email states, "He talks about the philosophy of the Church, natural law, the dignity of man, and the times we are living in. It is a clear cut dissertation of what Catholics believe and how we are to live our faith in the world."

The Diocese of Cleveland Enewletter reports about a new exhibit at the Clevelad Museum of Art. "Treasures of Heaven: Saints, Relics, and Devotion in Medieval Europe offers visitors a unique glimpse of the Middle Ages, a time when art mediated between heaven and earth and wondrous objects filled churches and monastic treasuries. Relics - the physical remains of holy men and women, and things associated with them - were especially important to the development of Christianity, which emerged as a powerful new religion in the Late Roman world." For more information look here.

From the same source: "In the Catholic tradition, responsible citizenship is a virtue. The responsibility to make political choices rests with each person and his or her properly formed conscience." For more on this look here.
The Society of the Divine Word USA has some games for you to play. WARNING: Addiction level LOW.
Just for Halloween: 8 minutes