THIS IS WHY THIS IS NOT A BLOG ABOUT ASTROPHYSICS 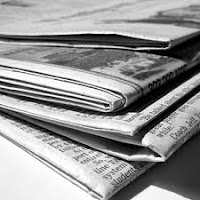 Catholic Church in the two local, major newspapers. I have no problem with people having even severe disagreements with the Church but I so get my liturgical underwear in a bunch when their dislike prompts them to make untrue and misleading statements. I wonder if papers print such things just to try to get people’s dander up and spawn some interest in the newspaper despite how much it might obscure the story.

One of the great movements in education of the few past decades (thanks goodness it seems to be passing) is the “group discussion” technique. The class or meeting breaks into small groups in order to talk about a given topic which usually means someone talking about how they feel about a given topic and everyone else throwing out ideas about what they hope might be true. In all but a few instances these are not helpful. One professor that I had in the seminary was fond of calling them “Shared Ignorance Sessions.”

So I read the paper and take in people squawking about things they only have the barest grasp on when talking about the Catholic Church. One of the biggest topics in the paper (and radio and blogs . . .) was Bishop Lennon’s comment about the Community of Saint Peter placing their souls at risk by taking the course of action they are taking. Well of course this got miscons 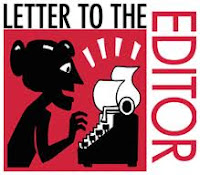 In short (this will not be an in depth rebuttal) the Church sees Christ’s mission as bringing all into unity through His one Church. "I pray not only for them, but also for those who will believe in me through their word, so that they may all be one, as you, Father, are in me and I in you, that they also may be in us, that the world may believe that you sent me. And I have given them the glory you gave me, so that they may be one, as we are one, I in them and you in me, that they may be brought to perfection as one, that the world may know that you sent me, and that you loved them even as you loved me.” John 17 20;23.

The question is not about whether they are praying where they want. I can say a Mass for you on your kitchen table if I should so desire without recourse to the bishop. That is not what is happening here. They are setting up a Church with its own boards and its own finances making decisions apart from the diocese. They are becoming their own church and you can slap the word Catholic on it as much as you wish but that is not what it is heading toward.

The Catholic Church believes that it holds the fullness of truth. Of course we believe this! Why would we exist if we did not believe this? Who wants to believe in a faith that says, “We don’t believe we have truth right exactly, but we serve great donuts afterwards so why not join us?” So ACCORDING TO OUR CATHOLIC THEOLOGY this community is causing a rupture in the unity of the Church to, in essence, do something else on its own. OF COURSE the bishop said that they were placin 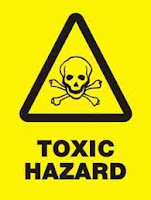 g their souls in jeopardy. He did NOT say that they were going to hell, he said that they were doing something that was contrary to this faith we believe in and ANYONE who does something contrary to the faith places their souls in peril and it is his duty as head of the Catholic community to say, “Hey guys, what you are doing here is serious. It MAY have eternal consequences.” What should be in the newspaper is if he did NOT say anything of the sort. If he had not he should be thrown out on his ear.

So today in the Beacon Journal a Mr. Bill Somody writes in to say, “Doesn’t he realize that a Roman Catholic bishop can do no wrong? If the bishop says the moon is made of green cheese, then so it is. If he orders parishioners to wear their birthday suits to Mass, then they must do so. Read the Baltimore Catechism. Read the Vatican II encyclicals. By all means be a good Catholic, following orders.”

I can certainly understand people being angrY but I ask you how this letter serves the public, either side of the argument, in any way whatsoever? It certainly does aid in making people on both sides of the fence angry, it does not nourish thoughtful conversation, and it espouses false information. Shame on editors for printing it. It is sensationalism at its worst. It explains nothing, it furthers nothing positive; it only serves to inflame. It is worthy of not much more than somebody’s angry blog.

"Who wants to believe in a faith that says, 'We don’t believe we have truth right exactly, but we serve great donuts afterwards so why not join us? "
The Unitarians (and some Episcopalians).

Poor Mr. Bill; he's obviously never read the Catechism (Baltimore or otherwise), nor the documents of Vatican II, nor even taken a peak at canon law. Sounds more like prejudice than opinion IMHO (easy on the "H").

Most people are poorly informed about this particular issue, picking up the majority of their information and opinion leads from the local papers. We don't get the Cleveland Plain Dealer at our house (preferring to remove the temptation to utter profanities at a piece of paper rather than struggle with it daily) and received most of our information on the subject from area Catholics and priest "in the know." Consequently, we were much better informed than the average bear and surprised to find so much confusion.

The Bishop did send out the letter to parishes but it was rather vague, leaving Catholics with no particular details other than what was in the papers. I applaud the effort but don't think it served it's intended purpose. A brief overview of events followed by a lucid explanation of how they disrupt unity would have been a much better way to proceed. What we got was a rambling letter on "unity" which made no sense to anyone who didn't have the Plain Dealer or other ignorant Catholics to fill in the details. "What is he talking about?" "Oh, you didn't hear? Well, let me tell you..." A faithful Catholic family member of mine read it and commented blandly, "The good Bishop is missing two things: a point and an editor."

If we want Catholics to stop acting like ignorant fools, then perhaps a bit of clear and respectful instruction is in order. For example, how about someone, somewhere gives a homily/presentation/whatever entitled: "What happened at St. Peter's"? I'm not defended stupid letters to the editor but there is no question that the vast majority of Catholics have been left with no recourse but private and public "shared ignorance sessions."

Anon. If I knew how to spell "two shay" I would say it to you. Good point.

I am a member of a newly-merged parish here in Akron (SB-SM), and I have to tell you that I am very thankful to Bishop Lennon for putting us together. Our parishes were very different in outlook and tradition, but we share a very deep faith, and I think we needed each other.

I grieve to hear of any parish being merged or closed, but in our situation, something beautiful and joyful happened. I am far happier and at peace at my new parish than the old, as much as I loved it. I never dreamed I would feel that way, but I do with all my heart.

Bishop Lennon also did us a great favor by choosing the priest he did as our new pastor. I do not know what I did to deserve such a parish and such fine priests, but I thank God every day for the blessing. I pray a rosary daily for the Bishop, our particular parish priests, and our parish in gratitude.

I agree with you about the ignorant, hateful comments by the media and the public about the clustering/merger issues here in the Diocese, particularly the letter which pushed you over the edge. I can easily understand being sorrowful at the closing of a parish, but to prefer schism to our true faith is absolutely chilling. I think His Excellency suffers for those who find themselves in this situation.

Fr. V,
Perhaps someone "in the know" should write a letter to the editor of the ABJ in order to better explain the circumstances at St. Peter's.....know anyone qualified??

Touche - with the acute 'e' on the end. Honestly I had to look the latter part up :)

What? The Bishop sent us a letter? When?

Some people do believe the obedience we owe to superiors is like blind obedience which we are not asked to do because there is no virtue in blind obedience.
There may be some who blindly obey, shame on them, but it isn't the fault of the Bishop or the priest.

But, sometimes we are asked to do things that we don't want to that are hard - nothing sinful about it, just hard.

Anon--Fr. V stepped up to your challenge with a beautiful homily today on the danger of sin and division vs. the unifying love of Jesus. The Gospel hit home. Fr. V hit a home run. I will admit, that I was blind and apathetic on the St. Peter's thing until I started reading this blog. And today, Fr. V's words on this to the St. Sebastian congregation removed a plank from my eyes, in fact, it hit me right over my head. Sometimes God works like that. Botom line - What good can come from a divided Catholic Church? What does this tell our future generations about our Church? Where are the souls of these people headed? I don't know. I do know that I see this a little clearer now. I can only pray that we will be re-united with our brothers and sisters in Christ.