There is not a lot of accountability in lent.  If you did not fast yesterday, chances are there was nobody around who had power to discipline you.  If you ate meat there wouldn't be a cut in your pay. If you are not giving up something for Lent (of doing something extra) you won't get a ticket.  If you are not diving into prayer and almsgiving, you won't receive a warning notice from the city.  Lent is entirely voluntary and you will get out of it exactly as much as you put in to it. 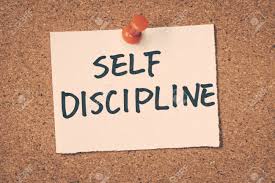 How awesome it is that we are encouraged in our self disciplines rather than under the watchful eye of a Big Brother.  It means that whatever we undertake, it is not a matter of outside forces guiding our actions from which we look forward to escaping the moment the pressure is released.  It is, rather, something that comes from within, forming habits and character, not just compliance.

May your Lenten practices steep you in Truth, bathe you in Goodness and set you aglow in Beauty for the rest of you life.
Posted by Fr. V at 6:28:00 AM

This was a *great* reminder of how to approach Lent, Father!

I received my ashes with the schoolchildren at Akron St. Mary yesterday. Most are not Catholic, but they had practiced very carefully about how to approach Fr. Frank, Deacon Mike, Sister Katherine, and Dr. Nugent for their ashes. Fr. Frank told them not to worry, the ashes are not hot. (I think the younger children were a little afraid before he told them that!) They did great.

Isn't it funny that many of our people think nothing of missing Mass on a given Sunday, but the same people would not dream of missing receiving ashes on Ash Wednesday? But good for them - it is the best way to start Lent!

Thank you Fr, same to you!!