TUESDAY QUOTE OF THE WEEK CDXXVI 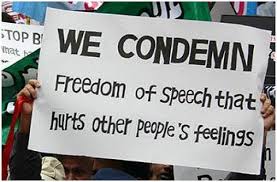 FINDING TRUTH WHEREVER IT MAY BE FOUND:  "One might think that a generation that has heard endlessly, from thier more ideological teachers, about the rights, rights, rights that belong to them, would object to being told that thy would do better to focus instead on taking responsibility.  Yet this generation, many of whom where raised in small families by hyper-protective parents, on soft-surface playgrounds, and then taught in universities with 'safe spaces' where they don't have to hear things they don't want to hear - schooled to be risk-averse - has among it, now, millions who feel stultified by this underestimation of their potential resilience . . . "  Dr. Norman Doidge

QUOTE II:  "In the West, we have been withdrawing, from our tradition-, religion- and even nation-centered cultures, partly to decrease the danger of group conflict.  But we are increasingly falling prey to the desperation of meaninglessness, and that is no improvement at all."  from Jordan Peterson's, "12 Rules for Life"

C. C. sent THIS in about a baby Jesus statue that was stolen 80 years ago.  The real sin was some of the renovations of the church.  Interestingly something similar happened at St. Sebastian.  A guy came in a few years ago and gave $30 to the parish to replace a microphone that he said he stole when he was a kid.

This starts TONIGHT at the Julie Billiart chapel in Akron!  Fr. Gearing will show experts from the movie "The Passion of the Christ" and give theological commentary.  See you there. 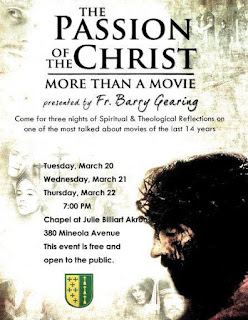 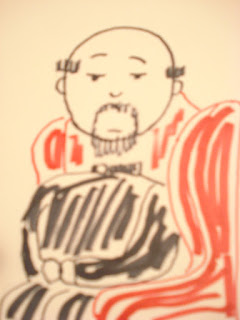 Even though Mass is officially completed at the Ice missa est, one should remain in their pew until after the recessional music is over before running people over in the parking lot.  (Thanks Fr. K.)

I hope we hear more from Monsignor Manners.
He looks like someone I know.