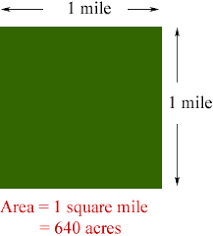 The parish boundaries of St. Sebastian at this time still extended out through Copley.  Once not much more than dirt roads and farmland, the area was now becoming developed and there were people who needed a parish to serve them better.  On September 10th, Fr. John Kroll, Vicar General of the Diocese, traveled to St. Sebastian to explore the possible future development of parishes “on Hawkins and in Copley and Fairlawn.”  According to a letter dated the 17th of that month, Father Zwisler stated that there were over 800 students in the school and it was only after some prodding that he finally admitted that perhaps there were at least that many again attending public schools because St. Sebastian was full and at a distance from many of the students.


“The fact of the matter is,” Fr. Kroll wrote, “that his parish covers a territory of about sixty square miles.  In that area are three golf courses and also a deep gorge of the Metropolitan Park District . . . He agrees that his parish should be divided to the west because of the recent housing development and because of the traveling distance - Copley to the west and to the northwest, the Fairlawn District.” 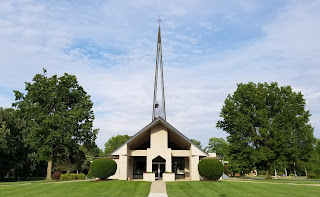 A couple of sites were suggested.  Property was already acquired on South Hawkins and would take the southern part of the current parish boundaries.  Another was in Copley.  “Father Zwisler concurs that a location at the intersection of Rt. 162 near the present Rt. 21 would serve the present concentration of people around the center of Copley better than the present site . . . Moreover, the new Rt. 21 Freeway is now being constructed to the west of the site . . . There is a great deal of construction activity in and through Copley Township.  This seems to be a natural overflow from Akron.”

There is then a description of their efforts to find out if there would be any water or sewer service  in the area within the next ten years.  Lots were being sold at this point without water and homeowners would have to drill wells.

The letter continues describing a discussion with a local realtor.  “He was asked whether he was aware of any present site, about 15 acres, available around Copley Center.  He agreed to inquire, particularly since he said that while he sold 49 lots in about a week, there were many people who inquired whether there was any Catholic Church in the neighborhood, and many of them complained that the distance to St. Sebastian was too far.  He was surprised to learn that my companion was the pastor of St. Sebastian.  He agreed to make some inquiries and to report to Father Zwisler by the 26th.” 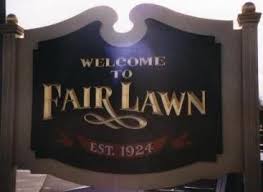 Eyes were also set on Fairlawn.  “There is no question about it.  The Fairlawn District is well developed and there is room for more development.  The property which Father Zwisler indicated is not the most desirable one because it is too great a distance from his parish.  It would be better located at the main road of Rt. 18.”