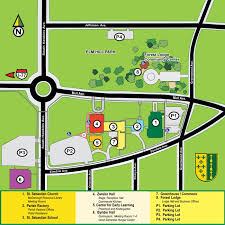 With the post war baby boom, the number of children in the school exploded.  Originally built to handle about 250 students, the retrofitted school now boasted an enrollment of 650.  It was time to utilize the property across Hawkins Avenue.  Ground for a recreation building that would include additional classroom space was broken in 1952.  Work continued through the Jubilee Year of the parish.

A grand party was planned for that Jubilee Year.  It would take place in the new recreation center at 3PM on Sunday, November 8th, 1953.  Archbishop Hoban would be in attendance and officiate the blessing of the new building. 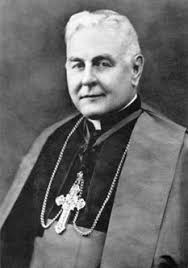 The program began with selections from the choir.  Emitte Spiritum Tuum by Schuetky, the Sanctus from Gounod’s Mass of St. Cecelia, and the Recessional Jubilate Deo by Mozart.  Representatives from the parish spoke as well as the mayor of Akron, the Honorable Russell M. Bird.  There were also presentations and solos.  The day ended with solemn benediction in the church.
Posted by Fr. V at 6:20:00 AM