Preliminary plans were being set out for an addition to the rectory.  A second story was to be added to the west wing of the rectory over the garages and loggia.  The wing would consist of two additional suites and a series of storage closets.  The new suites were not quite as nice or well constructed as the original building and did not contain fireplaces as most of the others suites did, but they were substantially larger.

It wasn’t that more space was needed for priests.  The rectory already had space for five priests or four residents and two guest rooms.  It was Father Zwisler’s sister who would take up residence in these rooms.


Miss Maria Zwisler took over the running of the rectory and her stern rule over the house has become something of a legend in the diocese.  Again, as part of the class on the history of the diocese, many epic tales of her were shared as part of the collective memory of the presbyterate.  She was fiercely loyal to her brother and so strict with the other residents that she earned the moniker Major Duomo.

The most famous story (later substantiated by the priest involved) happened on a cold winter day.  The priest, having to go on a sick call, started his car and decided to let it warm up before driving it and so left it running and ran over to the school.  When he returned he found the police waiting for him.  Maria called the authorities claiming that someone was trying to murder her by running their car in the garage under her room. 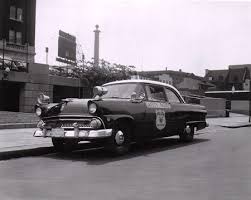 Her reign at the rectory came to a quick and sudden end one day when the bishop came for a visit.  He was in town and decided to stop by unannounced to see Fr. Zwisler.  When he rang the bell, Maria answered the door.  Asked if he had an appointment the bishop responded that he did not, at which point she sternly told him that he should not come by unannounced and slammed the door on him.  She was instructed to move out of the rectory the following day by order of the bishop.
Posted by Fr. V at 8:08:00 AM