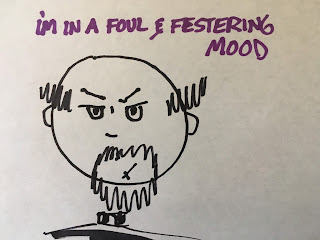 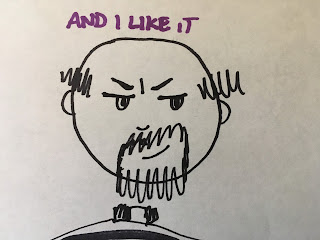 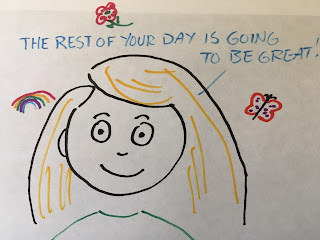 I was bound and determined to prove her wrong.

Then this happened:  I needed a hanger while in the sacristy this morning and while digging around found an old valise that I used to use for packing my alb and stole when going someplace to celebrate the sacraments.  It was actually a horse competition judge's case that I picked up on the super sale rack at the tack store back when I used to ride horses.  But it served this purpose well.

It brought back some marvelous memories.  But I have a new case - well - relatively new one that I use now.  I'd even forgotten that this old one was still in the closet.  So it seems appropriate to give it to charity.  But first it was checked for anything that might have been hidden away in it for the past couple of years like a twenty dollar bill in an old coat pocket. 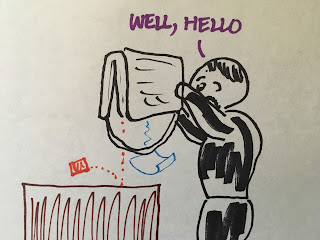 One of the things that fell out was a business card holder that I have been looking for FOR EVER.  Years ago my Mom suggested I buy it and not to get just any old cheap one but one that I would really like.  So I did.  And I have been sad that it went missing a couple of years ago.  And then, "Voila!" there it appeared this morning like a little blessing.

A couple of papers fell out too.  These were print outs of Emails that a dear, dear friend of mine, the fabulous Miss Cathy who has appeared in these Monday Diaries in the past - usually in connection with Valutime Cheese Curls, that were written when my Mom was very ill and my Dad was entering into Alzheimers.  She too has passed away and is dearly missed.  The notes she wrote expressed her friendship and prayers and willingness to assist the family in any way she could during those difficult years.  Gosh!  How lucky to have had a friend like that.  What a happy memory. 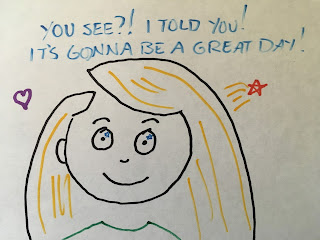