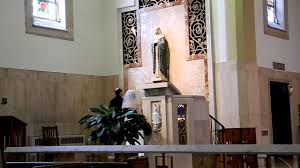 So I made the mistake of saying that I would talk about presenting a flower to Mary during a wedding ceremony.  Probably should not have.  But here we go . . .

For those who do not know what I am talking about, (I thought everybody knew what this was since it has been such a common experience in my Catholic life,) during the wedding ceremony, a bride, with a particular devotion to the Blessed Virgin, will process to the shrine (statue) of Mary at some point during the nuptial Mass, offer a prayer of petition, and as a devotion, leave a flower (usually a single, white rose) which would be much the same thing as lighting a candle.  The only more recent change that I have noticed is that almost without fail, the groom now attends to this devotion also.  (When I was a kid, it seemed that only the bride went.) 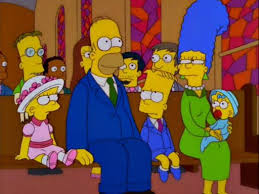 There does not seem to be an allowance for this practice in either the new or the old rubrics for the nuptial ceremonies.  This is a private devotion being done in a public forum and as such is “stuck on” to the Mass.


99.99% of the time I am adamantly opposed to sticking things on to the Mass.  The requests received for private things to be done at Mass come in often.  Private devotions, talks, presentations, other ceremonies, blessings, many of which are not not only not mentioned but expressly forbidden by the rubrics are often presented as something needed to be done at Mass.  The two most pressing reasons given for the necessity of doing such a thing is 1) it would be beneficial/meaningful to everybody and 2) it concerns the whole community and this is when the whole community is gathered.  As for the first concern, having it Mass often makes more people angry than happy and the second is a bait and switch.  The people are there for the Mass.  If whatever else is going on is really important, then you don’t win them over by forcing them to sit through it.  (How happy are you to turn on Public Radio during a fund drive?)

ALL THAT BEING SAID, my liturgical heart says that this devotional as it is often practiced during the Mass should go the same way as the unity candle - that is - snuffed out!  But I am weak where Mary is concerned and unlike a unity candle ceremony, this devotion to Mary is something that the bride and groom can (and should if they are going to subject the congregation to this private devotion at their wedding) continue throughout their lives.  It is also something in which the congregation can at least tangentially participate. 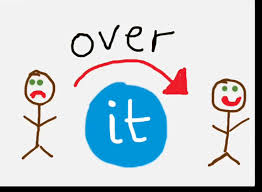 Further, it can take place in a way that doesn’t really interfere with the rubrics of the Mass.  For example, while the music continues after the reception of Communion, what is to stop the bride and her groom from walking over to Mary, placing a rose, and asking for her intercession in their married lives?

Why can't private devotions be done after Mass? At our wedding Mass, Monsignor Trivisano, the most Marion priest ever, let us do our devotion to Mary after Mass. No problem.