FRIDAY POTPOURRI: THERE ARE NOT ENOUGH WORDS TO SAY I LOVE YOU. OH WAIT. THERE ARE.

Let’s say that it is your vacation.  It is one thing to interrupt your vacation to answer a short text, it is another to be interrupted by a three hour video conference call.  Secretly you are dying a slow and terrible death.

So it is one thing to have little ceremonies added to the nuptial Mass.  But the part of the Catholic brain that has not shut down at Mass, that is at least aware of the flow that should be happening, and that is looking forward to Communion, is suddenly thrown off track by a long, long nuptial blessing.  You know who loves this prayer?  The moms and the priest.  Everyone else has just run into a brick wall and is too concerned about why they are no longer moving forward.


Well, I am exaggerating.  Maybe I just don’t know how to do it well.  And often I have a couple looking at me with dreamy looks in their eyes over what is being said about them.  Maybe it is my attitude.  About half way through I am thinking, “Gads, am I still talking?” 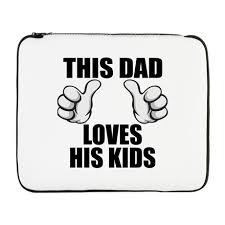 But it is a beautiful prayer.  And though now it is better translated, even ICEL did not strip it down in length during the post Vatican II translation and they were not adverse to slashing and burning.  AND AS IS OFTEN THE MISTAKE it should be remembered (even by me!) that the people present are not the ones being addressed at this point - it is our Father.  We are going to our Father and asking for a very specific blessing on two of His children who are being united.  Other than to remind us of what is going on and to agree, the job of those who are there is to offer with the celebrant the words being spoken to our common Father.  He is certainly the cause of the day in so many ways, the King present and begged for a blessing, the eternal Father Who loves and blesses His children.
Posted by Fr. V at 6:03:00 AM