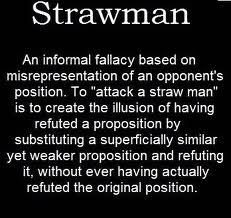 A few assignments ago the parish in which I was ministering was part of a local ecumenical council.  All the local Christian Churches joined together in order to try to create some positive events for the community.  There was one Church, however, that was viciously anti-Catholic.  Actually, I don’t think that they were intentionally anti-Catholic, but they were.  Their tag line was that they loved Catholics and knew that they were going to hell, and so it was their sworn duty to do everything they could to convert us.  This included sneaking into the parish church and leaving tracks that looked very Catholic on the cover but inside taught why Catholicism was so bad.  As a result they were asked not to return to the group. 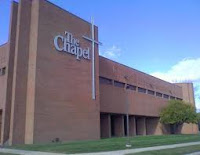 Now, I actually do not have a problem with somebody who thinks they have something better going on and invite people to their church instead of the Catholic Church (even though I think they are wrong.)  But I have a difficult problem with the great amount of Churches that misrepresent the Church, then denounce the misrepresentation, and then say, “So join us, because we are not that evil Church.”  I can’t get over how often this is the case.  It is common even in my local area with such mega churches such as Grace and The Chapel, large non-denominationals that boast such a large percentage of their congregations are former Catholics, who feel they have to misrepresent the Church in order to refute her.  Even when they use the Catechism, it is a common practice to use selective passages out of context to make their point.  That is not saying much for someone who believes they have truth and want to convince somebody to join them.  So much for trusting in the Holy Spirit.
On the one hand it is our fault for not teaching our people better.  On the other hand, hurray for us for if the majority of their congregations are made up of ex-Catholics, WHERE DO THEY THINK THEY WERE FIRST INTRODUCED TO JESUS AND ARE STILL FEELING MOVED TO FOLLOW HIM albeit in a breakaway Church?  It is a shame (and not entirely their fault) that former Catholics rely on such sources to tell them what their (former) Church taught them instead of really looking into it – and there are plenty of ways to do so. 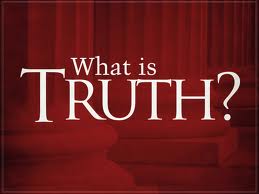 Thinking about it recently I came to the conclusion that if were not Catholic, I would not be Protestant.  If it were not for the Eucharist in the way that the Catholic Church believes it, I don’t think I would buy into the whole Christian experiment.  I would probably be Jewish.  But as it is, there is the Eucharist.  And I cannot fathom anybody who has been properly catechized in it, and who believed it, would leave the Church for anything no matter how justified they felt.  In fact, most people I talk to concerning their reasons for leaving the Church have nothing to do with such things.  They site better music, better community, better extra-praise services offered by the church and as such, searching for a Church becomes like looking for a good gym – a place that offers things I want rather than an honest search for truth.

It is totally understandable why so many people leave for those reasons. I think the lack of catechises is really the only explanation.
Funny you write this today, I just went to Grace Church for the first time, and my most recent blog post summarizes my thoughts about the experience.

At a previous parish of mine (in another state,) the pastor was well-aware of this dynamic of having a nearby "mega church," and how many "ex" Catholics were attending it. He was also aware that the biggest thing that these people admittedly missed was the Eucharist.
His idea was (which I'm not sure he ever implemented, but it still seems like a great idea,) to put up a highway billboard sign, with just a monstrance and the back of the priest holding it, with just the words "Holy, Holy, Holy," and I think also the parish name and mass times.
Going to a church like Grace... you can see, there is NOTHING "sacred" about it. Even the pastor is in jeans. It's like going to a movie (and that's what they intend!)
Even non-catechized Catholics who leave the Church are aware that *something* is missing, even though they might claim they "like" the atmosphere.